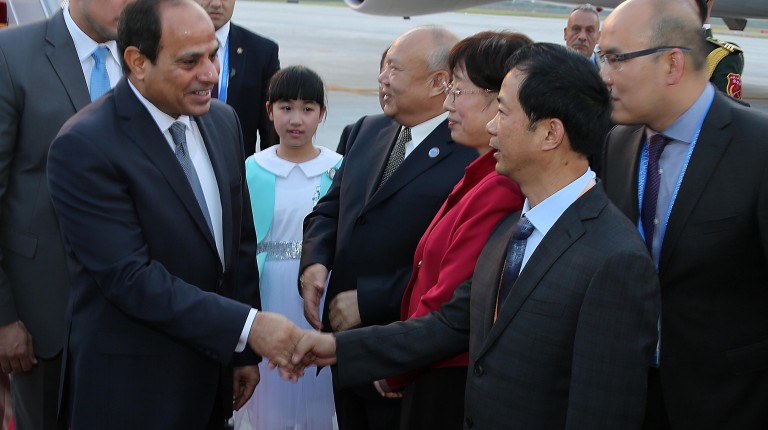 The technological infrastructure in Egypt is a wreck, and the world is heading towards the digital economy and digital currencies, Moussa said.

He added that Egypt’s banking system has not kept up with international standards for the past 30 years. Egypt suffers from monopolies, an invisible economy, and problems with the infrastructure, he noted.

“Egypt is not ready for the new currencies that China, Russia, and the rest of the world are seeking,” Moussa said. On another note, El-Tahawy said: “I hope, and believe it is necessary, to transfer the Chinese technology to Egypt.

“With Chinese technology and machines, we can create a number of factories and enhance our farming process to increase the yield from each acre of land. That way, we can start locally manufacturing most of our products,” El-Tahawy added.

He added that Egypt has been suffering from the inexistence of a manufacturing sector. Additionally, banks are not willing to support startups with funds, and importing machines from Europe is nearly impossible for investors due to the high risk and cost, he said.

Regarding the financial sector, El-Tahawy inquired: “I am wondering why the banks are not supporting the startups when the president himself said that EGP 200bn should be given to startups. This problem must be solved,” he added.

El-Tahawy also added that Egypt should try to import “know-how”. Korea and Japan skyrocketed because they had the know-how when Egypt was looking at how to import goods, he stated.

He pointed out that there is a factory in Egypt working with machines that were imported by former president Gamal Abdel Naser from the Czech Republic in 1985, and that when investors bring technology to Egypt, they import worn out machines that do not fulfill the needed capacity.

El-Tahawy urged the Ministry of Industry and Trade to send people abroad to get trained by those who have the know-how. He emphasised that this technological transfer won’t happen in one year, but maybe in 10-15 years.

Our country has a lot of resources and raw materials, but is suffering from bad management, especially in the economic sectors, he explained, adding that even if there are some sectors that are currently productive, many other sectors are not producing due to the outdated technological state.

El-Tahawy suggested Egypt look at the Chinese experience, like Dubai had done. Learning from and implementing such experiences could help revive entire countries, so Egypt should send delegations to China and India to gain the needed experience and apply it here, he said.

“China is currently self-marketing itself, and in five years, I expect that it will be leading the world economy instead of the United States,” El-Tahawy added. “I am sincerely requesting the activation of the startup funding project. Otherwise, any summit we are going to attend will be useless.”