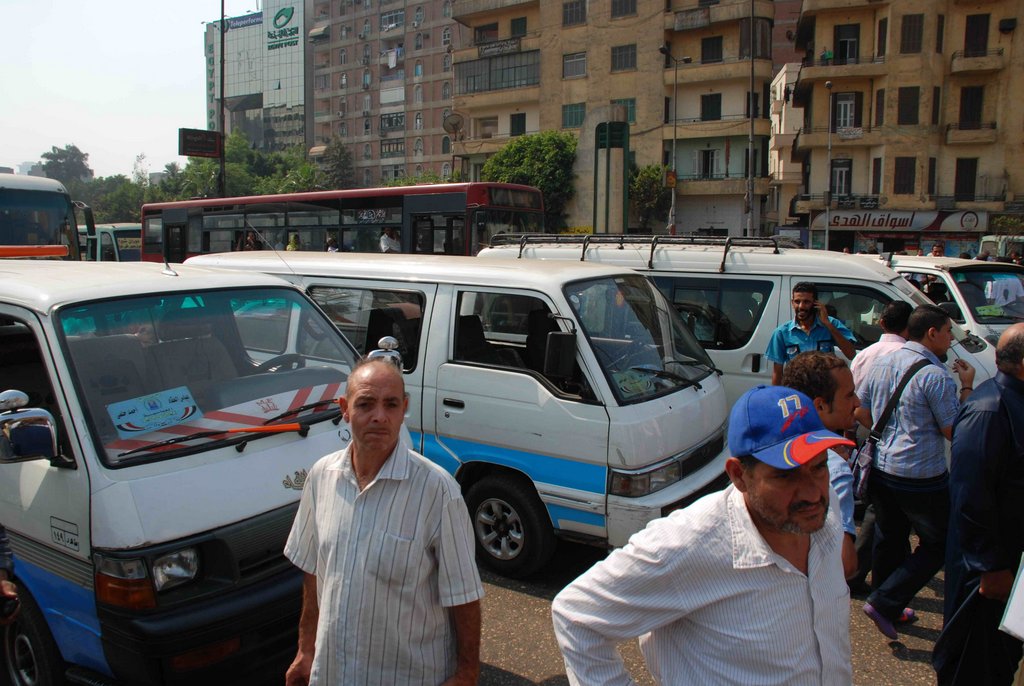 The ministry said the officer was on duty, securing a microbus stop in 6th of October City, when the driver verbally attacked and assaulted him. The prosecution is investigating the incident, while the victim was transferred to a hospital to receive treatment.

Police claim the driver had been arguing with the officer after receiving several penalty tickets. The arguments caused other drivers to gather, “leading the officer to pull his side arm and fire, hitting the driver”.

The statement said that the victim is a former convict who was formally accused in several cases. The Ministry of Interior has previously used similar narratives, claiming that victims of police brutality had been previously convicted or involved in immoral conduct. The latest example of the ministry’s fallback on such statements was the case of student Ahmed Kamal last week, who was arrested by the police and later found dead by his family. The police had released a statement saying that he was arrested in a brothel and had a bag of condoms with him.

Also last week, a similar incident took place when a microbus driver named Gamal Abdullah, 20, was killed at the hands of a non-commissioned police officer, revealing a troubled relationship between drivers and the police apparatus. According to the Ministry of Interior narrative, however, the officer was on duty and intervened to break up a fight at the microbus stop, where he fired a warning shot that hit the victim.

Since the beginning of 2016, there has been a string of cases of police abuse directed against civilians. However, the Ministry of Interior has repeatedly denied accusations of systematic and widespread abuses of state power.

Several police officers were referred to court since the beginning of the year usually facing charges of beating civilians to death or using excessive violence.

In continuation of series of ‘individual’ cases, police officer shoots worker after argument