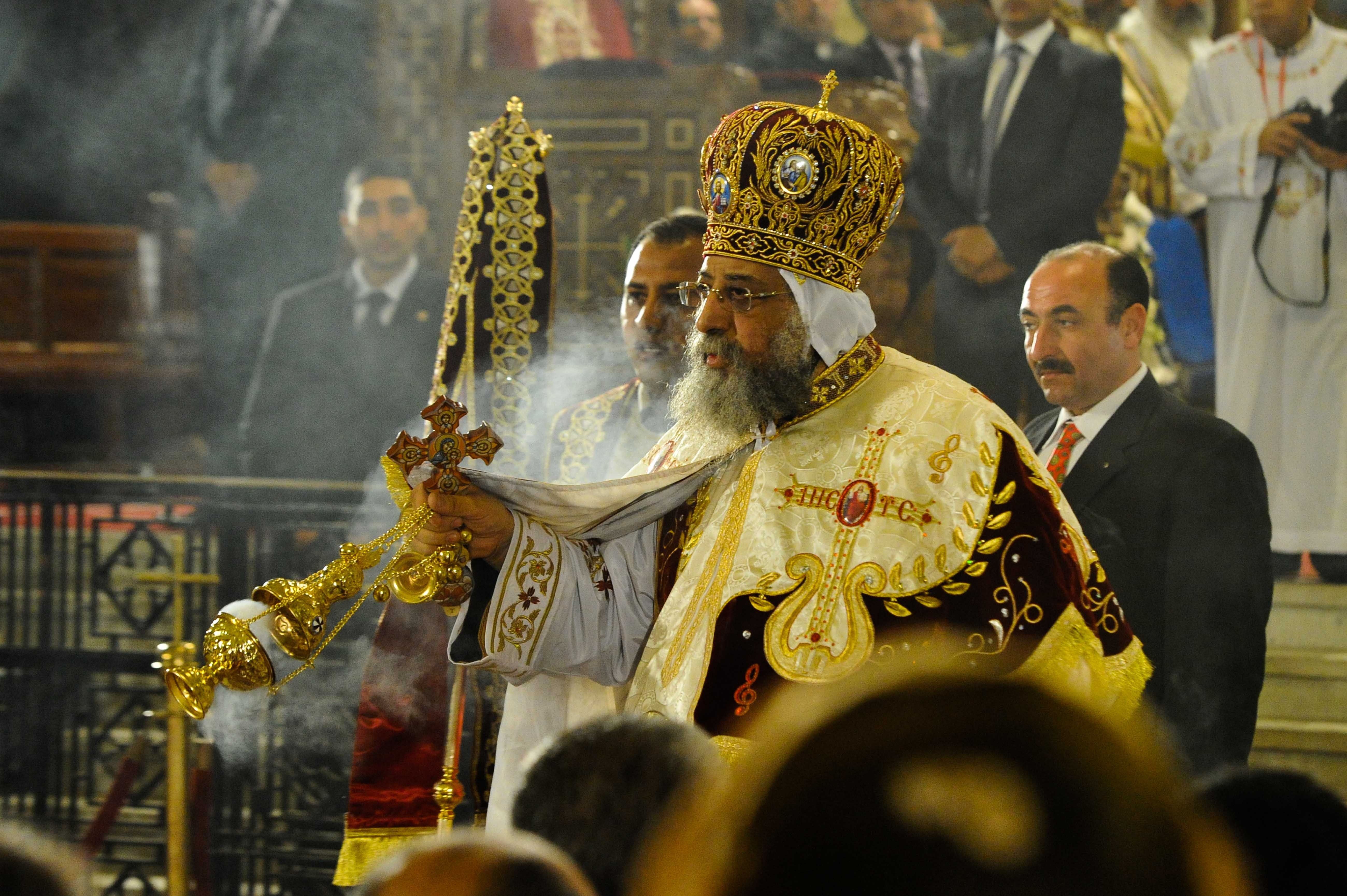 Head of Egypt’s Coptic Orthodox Church Pope Tawadros II inaugurated on Sunday the Monastery of Saint Anthony in Madaba in Amman, the capital of Jordan.

The Pope gave a speech during a mass in the Church of the Virgin Mary and the Martyr Mar Girguis in Amman. During his speech, the Pope thanked King Abdullah of Jordan for the welcoming reception, and expressed his happiness for meeting Jordanian officials.

He arrived to Jordan on Saturday, and met with King Abdullah. A number of General Bishops of some churches accompanied the Pope in his first official visit to Jordan since assuming the papacy in 2012.

The Pope was welcomed at the airport by Prince Ghazi bin Hamad, a representative of the king, Jordanian tourism minister Lina Annab, Amman governor Khaled Abou Zaid, along with other high-ranking Jordanian officials.