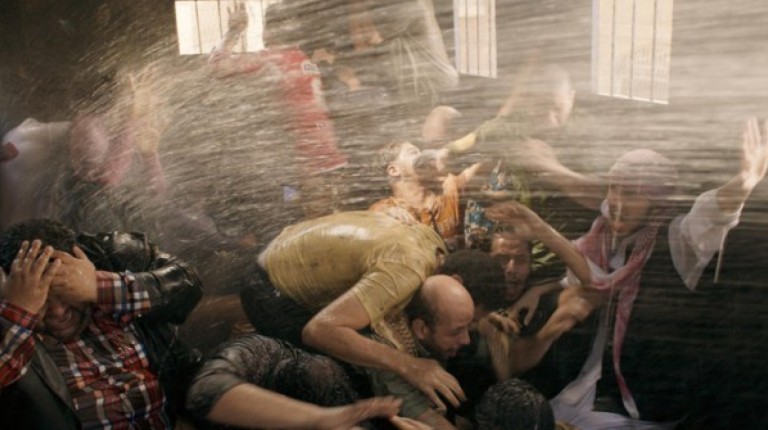 Following the massive success it achieved internationally, the film Eshtebak (Clash) was selected to compete at The 60th BFI London Film Festival. The film will represent Egypt in the category for the Best Foreign-Language Film. The festival will take place from 5-16 October.

This comes one week after Eshtebak was selected to represent Egypt at the 2017 Academy Awards.

Eshtebak tells the story of a group of people belonging to different social classes and sharing different ideologies, who find themselves all together inside a police van after being arrested at protests that hit Egypt’s streets during the 30 June Uprising.

The plot features clashes between the diverse group of people, made up of everyone from Muslim Brotherhood supporters to Brotherhood opponents, all while they are stuck in a small vehicle on one of the hottest days of the summer.

Eshtebak was first introduced to international audiences when it opened the 69th Cannes Film Festival, in the Un Certain Regard Section.