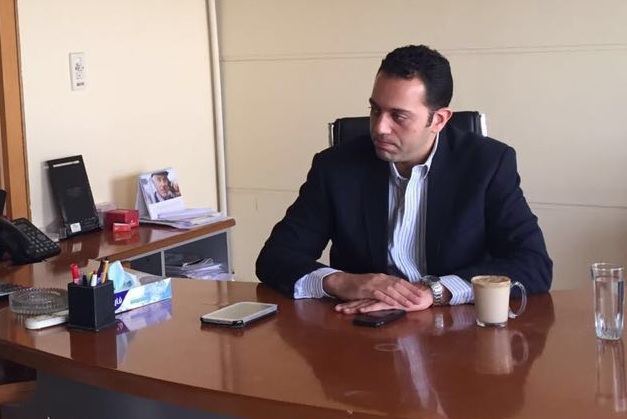 ERA Commercial Egypt CEO Mohamed Younis said that his company signed two exclusive contracts to market two of its projects. The first is a commercial, medical, and management offices complex in Fifth Settlement, and the second is a commercial, logistical entertainment project in Tanta in Gharbeya governorate.

ERA Commercial is an American multinational company with 3,000 branches around the world, across the United States, Europe, the Middle East, and Asia. The company has been operating in the real estate sector for commercial, administrative, retail, and residential properties in the Egyptian market since 2004. It has four branches in Egypt located in Fifth Settlement, Maadi, Heliopolis, and Smart Village.

Daily News Egypt met with Younis to talk about the new commercial projects the company targets to market in the current and upcoming period.

What are the details of the commercial, medical and management offices project in Fifth Settlement?

The project is called Trivium, and according to the contract, ERA Commercial Egypt will be responsible for marketing and consulting on the project which is owned by Genena Group. The target is to achieve EGP 550m worth of sales in 18 months for the benefit of the owner company.

The project includes 155 units divided into 80 administrative units, 60 clinic units, and 15 commercial units. The project is currently in the finishing phase.

The company sold 15% of the complex, worth EGP 80m in its pre-launching phase, which started in July. The marketing phase and official launch will take place in October. We target to sell all units within 18 months.

The project will be delivered within two years from the date of the contract. Unit sizes reach 37 sqm for fully finished unit with facilitated payments. Hafez Consultants were the engineering consultants for the project.

What about the second project for commercial, logistical entertainment in Tanta?

The project is developed by American Fern Pro Company in Tanta and is a logistics centre on an area of 344,000 sqm.

The company will market and consult on the project for 24 months. ERA Commercial Egypt succeeded in involving new Gulf investors in the project, in return for shares. These shares come in form of an area of 135,000 sqm for the establishment of a commercial area, which includes a regional mall serving the Delta region and its 42 million people.

The company completed marketing of 60% of the project, which includes a shopping mall. We are negotiating with an American and a European company to manage the project’s hotel.

The project also includes a logistics area, including warehouses, refrigerators to serve the Delta region, and a leisure area attached the hotel.

The project’s land is owned by the Internal Trade Development Authority, which has recently offered an investment tender via the usufruct system on a piece of land affiliated to the Tanta City Authority on an area of 344,000 sqm.

Commercial space in the project area reaches up to 60,000 sqm, dedicated to exhibitions and car maintenance centres, while the logistics area makes up 100,000 sqm, and the entertainment area is situated on 50,000 sqm.

Our company has signed contracts with a number of international brands to be present in the project, among which are two major car brands that will acquire an area of 30,000 sqm for the establishment of a number of exhibitions and maintenance centres for cars.

Our company also made a deal with the United Pharmaceutical Company (UCP) to obtain 25,000 sqm of the logistics area to establish pharmaceuticals warehouses.

Mazloum Home will take an area of 4,000 sqm in the logistics area for a ceramic exhibition.

What other projects will the company market in the Delta region in the coming period?

We currently are negotiating with a number of government agencies to market other projects in the Delta. These projects will be offered to investors by the government agencies during the next phase via the usufruct system, and are dedicated to the establishment of trade centres, logistics areas, commercial chains, and supermarkets.

What sales volume is the company looking to achieve by the end of the current year?

ERA Commercial Egypt targets to achieve about 900 sales and rental deals by the end of the current year worth EGP 1.5bn, with an increase of EGP 100m compared to last year, divided between residential and commercial units.

The increase in target sales is due to the recent improvement in buying and selling movement in the Egyptian market after the increasing demand for varied real estate units.

What other marketing contracts is the company targeting?

The project in Shorouk is a commercial building ready for sale, owned by a real estate company, and is located on an area of 14,000 sqm. The project’s investment reaches EGP 40m.

We expect to achieve EGP 100m in sales over the year, and we may launch the marketing phase in November after finalising negotiations.

The other project is a plot of land on an area of 26,000 sqm in 6th of October City for establishing commercial and administrative offices. We did all feasibility studies for the project and studied all real estate market aspects.

The third project is a residential complex in 6th of October City on an area of 20,000 sqm, with unit sizes starting from 100 sqm and reaching 180 sqm. The project’s investments will reach EGP 120m, while the company targets achieving sales worth EGP 240m during 12 months from the start of the marketing phase.

Further, the fourth project is a plot of land belonging to a sovereign state authority in Ismailia on an area of 35,000 sqm. A commercial project will be built on the land with investments of EGP 120m.