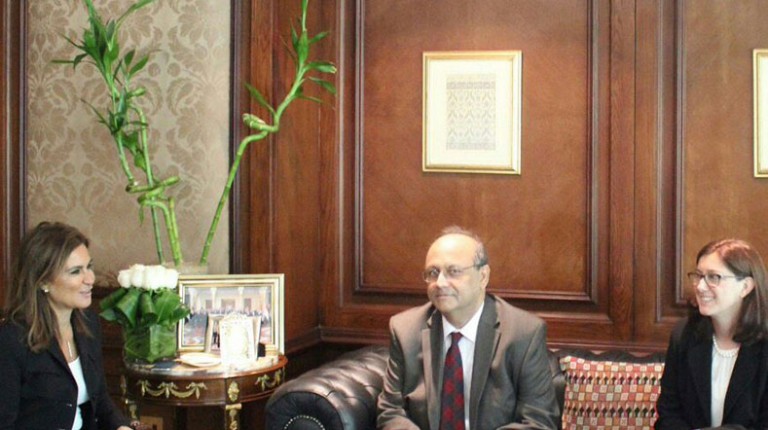 Minister of International Cooperation Sahar Nasr met with regional director of the World Bank Asaad Allam on Sunday to discuss the possibility of increasing cooperation between the ministry and the bank in the forthcoming period.

Nasr said that the World Bank has helped in supporting a lot of development projects in Egypt, such as sewage infrastructure and social housing projects.

The press release said that fields of cooperation were discussed according to Egypt’s current budget at the bank, which is worth $8bn─$6bn are directed towards governmental projects, and $2bn towards the private sector.

The release added that the two parties also discussed a cooperation strategy over the next four years.

They also studied the $500m allocated for the development of Upper Egypt, which the executive board of the World Bank will study on 16 September. The development plan comes as part of President Abdel Fattah Al-Sisi’s call to allocate the necessary funds for national projects, and developing Upper Egypt to meet the needs of the citizens.

The minister confirmed the importance of using this fund to enable local entities in providing the main services and infrastructure for the area, which will eventually help in creating job opportunities and developing a number of industries that are built upon the comparative advantages for Upper Egypt governorates.

The comparative advantages of the region can mainly be found in the food industry and its associated value chains, such as the farming, animal production, and wooden furniture sectors. Nasr noted that exerted development efforts should focus on growing different productive sectors in the industrial zones located in Upper Egypt.

The ministry and the World Bank also were preparing for Egypt’s participation in the annual meeting of the bank, to be held in October in Washington DC, in which Nasr will represent Egypt.