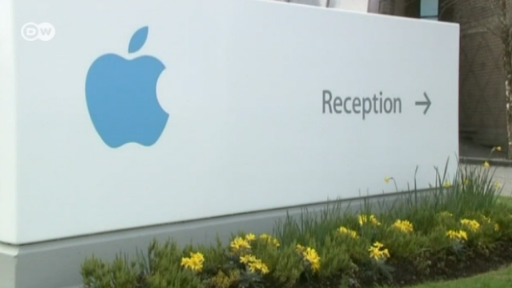 Anaysts say Apple’s iPhone 7, set for unveiling Wednesday in California, will represent another evolution, not a revolution, of its flagship gadget. So what’s the plan for its $200 billion (178 billion euros) in cash?
Once a year, Apple hosts a September event where it unveils new products – and for nearly the past decade, the main focus at the annual ‘reveal’ has been on an updated iPhone.

This autumn’s new edition is the iPhone 7, which rumors suggest will come in a couple of different versions, including an upscale version, the iPhone 7 Plus, with dual camera optics and a massive memory that will allow users to take ultra-high-definition photographs.

“The iPhone 7 is mostly expected to be an interim update, with features like a faster processor, better camera technology, better waterproofing, a pressure-sensitive home button with haptic feedback, and more storage space – 32 gigabytes on the bottom end, 256 gigabytes at the top,” according to a post by tech observer Roger Fingas on appleinsider.com.

“These relatively modest upgrades could be one reason Apple would anticipate softer iPhone sales,” Fingas wrote. “The company is thought to be placing a bigger bet on 2017 iPhone models, which may have features like edge-to-edge OLED screens and iris scanning.”

An updated Apple Watch with a bigger battery and a built-in GPS capacity is also thought to be ready for release on Wednesday, as well as some new wireless headphones. That’s likely to include headphones sold under the Beats brand, which Apple bought, to general surprise, for about $3 billion in 2014 – analysts are still struggling to understand exactly why.

This year, Apple’s keynote takes place in front of an invitation-only audience on Wednesday at 10 AM Pacific time, September 7, at an auditorium in San Francisco, California. Apple will be livestreaming the event on its website.

The company is famously coquettish about its annual unveilings, refusing to release technical details ahead of time, the better to build up anticipation. A cottage industry of bloggers has grown up around this marketing ruse, with websites like appleinsider.com and macrumors.com feeding on contacts with insiders at supplier companies to glean advance notice of minor details of not-yet-unveiled Apple gadgets.

The rumor-mill has excitedly reported that the iPhone 7 Plus would likely be coming out in five colors, including – gasp! – two new ones: A dark shade of matte blac, and a glossy piano black, plus silver, gold, and rose gold. One finds it difficult to restrain oneself from jumping up and down in agitation at such exciting news. One word: Wow!

Or on second thought, a different word: Ho-hum.

The company has introduced pathbreaking new products in the past, so perhaps the attention on Apple’s annual dog-and-pony show in San Francisco is justified. But if the rumor-mill is right, 2016 isn’t destined to be a pathbreaking year.

Where’s the next revolution?

The biggest new-new thing Apple has put on the market in recent years was the Apple Watch. To some analysts, that’s a bit worrying – especially with smartphone sales plateauing in an ever-more competitive market.

“Apple is a company that lived hit to hit: the iPod, iPhone, iPad,” said independent Silicon Valley analyst Rob Enderle of Enderle Group. “Without those successive hits, it is struggling. While it has plenty of cash, it has stopped being a market maker.”

Perhaps “struggling” is something of an overstatement. Apple is one of the world’s most valuable publicly traded companies, at $581 billion in market capitalization as of September 6, 2016.

It’s also raking in gigantic profits. On October 27, 2015, at the end of its fiscal year, Apple reported what the Financial Times suggested was the biggest annual profit of any company in history, with net income of $53.4 billion, and a very fat gross margin of just under 40 percent.

“Fiscal 2015 was Apple’s most successful year ever, with revenue growing 28 percent to nearly $234 billion,” CEO Tim Cook announced at the time. Nearly two-thirds – 62 percent – of sales were made outside the US.

The company’s pile of accumulated cash is, like its market cap and profits, also insanely great in its dimensions. According to its most recent earnings report, Apple had $231.5 billion in cash plus marketable securities (near-cash investment assets) at the end of June 2016.

That’s about the same amount of money as Finland’s or Ireland’s or Chile’s GDP — i.e. Apple’s pile of cash is as valuable as all the goods and services produced last year by everyone in Finland, or Ireland, or Chile in an entire year.

That’s a heck of a lot of money. So why is Apple sitting on that gigantic pile of cash?

The mystery of Apple’s golden hoard

Generally, if they’re in the happy position of having any excess cash, companies either invest it in new projects, or they distribute it to their shareholders. They may keep a bit of a cash buffer for emergencies as well. But Apple has been hoarding vast sums of cash for years. The size of its cash pile is about the same size as one year’s revenues. That’s unusual for any company.

Apple is reported to be working on some interesting projects, including a self-driving automobile, and sophisticated virtual reality (VR) entertainment systems. The world may need to wait until those are market-ready for a really exciting September keynote in California, sometime in the next few years.

But analysts wonder why the company isn’t spending more of its cash hoard on investing even more aggressively in revolutionary new technologies.

According to the European Union’s Competition Commissioner Margrathe Vestager, Apple doesn’t spend all that much money on paying taxes, either, as a controversy over Apple’s use of Ireland as a tax haven to shelter most of its global profits has revealed.

Even if the corporation ends up having to pay 13 billion euros in back taxes to Ireland as demanded by Vestager’s department – both Apple and the government of Ireland say they will contest the EU’s ruling – it will still have a hoard of well over $200 billion in cash available to invest in new technology projects.

So what’s keeping Tim Cook from doing just that?

How the iPhone changed the world