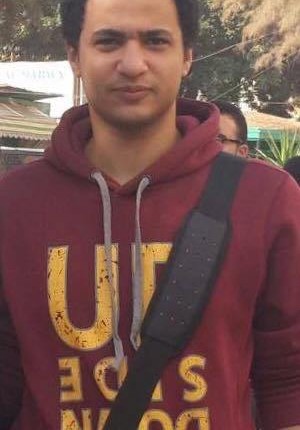 The cases of Ahmed Kamal and Mohamed Al-Shafey came to the surface last week, raising concern over the phenomenon of deaths in police detention amid suspicion that they had been subject to enforced disappearance.

Contrary to the narrative of the security apparatus, families of Kamal and Al-Shafey accuse the police of arresting their relatives and torturing them, a narrative the police refuses.

Ahmed, Kamal’s father, said: “not only did they torture and kill him in 24 hours, but they also distorted his reputation by saying he was arrested during a raid on a brothel and died while escaping arrest.”

Kamal, a medical student in Ain Shams University, was accused and arrested in August 2015 on accusation of “attempting to blow up facilities around the new Suez Canal”, his father said, adding that he was then released after paying the fine and that he was tortured.

After a couple of months, Kamal was sentenced in absentia for two years and fined EGP 50,000, “but this was during the exams period, so he decided not to turn himself in, hoping the judge on the trial would be changed,” the father added. He recalls that his son changed his residence address and “spent his time like a criminal or a fugitive”.

“He was supposed to start his exams and spend time at his brother’s house in Nasr City. Last Sunday, [28 August] he was arrested,” the father added.

The next morning the family’s lawyer visited the Nasr City police station and found out that Kamal’s body was in the Zienhom mortuary.

The police say that Kamal was arrested in a brothel in Nasr City and died during a police raid on the establishment. The police added that he tried to escape from the police and jumped from the second floor of the raided building.

Hours later, the prosecution’s narrative came to support the police saying that police forces had sources inside the brothel which confirmed “that men and women headed to the spa seeking pleasure”. It claimed that as the police forces raided the spa, Kamal jumped out the window, resulting in his death. It added that he had a bag which allegedly included “two unused condoms”.

“How come my son’s body didn’t have any broken bones or other injuries if he jumped from the brothel window? He had cigarette burns on his body and signs of electrocution. He only had a broken skull,” the father added, saying that the lawyer demanded from the prosecution that professors from Ain Shams University’s Faculty of Medicine review the autopsy report, but the request was refused.

“The report of the Investigation Bureau said that they found my son’s university ID, his wallet, money, visa card, and an iPhone, while in the prosecution’s report my son had a bag, sunglasses, and two condoms.”

Kamal’s death was condemned by the student union of the Faculty of Medicine at Ain Shams University, who said Kamal was killed on purpose, adding that any other narrative related to his death is “an attempt to hide the truth”.

Days after Kamal’s death, Al-Jadid village in Sharqeya received news about the death of Mohamed Al-Shafey, who is also a medical student in Al-Azhar University.

His family said in a statement to a local human rights organisation that he was arrested in a raid on the village and then found dead. They said he was known to participate in pro-Morsi demonstrations. Dozens marched in Al-Shafey’s funeral in Sharqeya, while chanting against the police and the government.