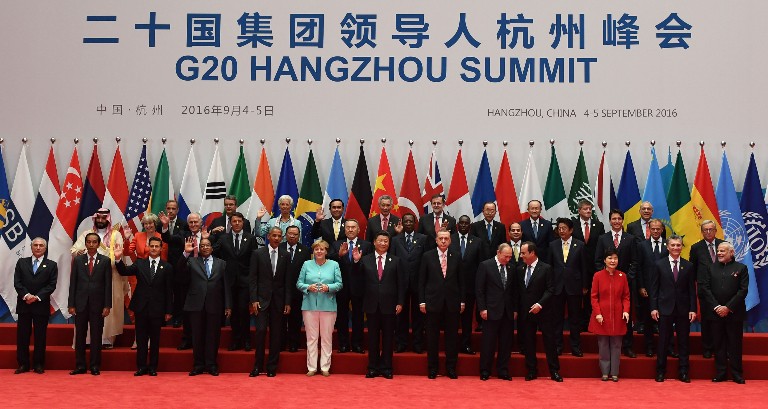 The year 2014 was remarkable due to a number of reasons. One of its most important traits was one that received little attention, but changed the geopolitical outlook the world has gotten used to for decades. In 2014, the United States could no longer claim to be the world’s largest economic power.

The torch was passed on to China, where it will likely remain for a very long time, if not forever. In doing so, China reclaimed a position it had held throughout most of history.

The Chinese dragon became the most powerful economy, leaving the world in wonder and bewilderment on how a country could develop so fast.

Egypt and China have similarities, and when their ties strengthen, Egypt has a good chance to benefit from the dragon, either by attracting investment or transferring technology and know-how.

But how can Egypt benefit from the biggest economy in the world? And does the government know how to efficiently allocate its good relations with the Asian dragon in order to bring Egypt forward?

What makes China an economic dragon?

In 1980, China’s GDP was just under $200bn—roughly the same size as the economy of the much smaller Taiwan. Today, China is a massive $10tr behemoth while Taiwan’s annual GDP is $495bn. Over the last three decades, as Beijing’s leaders developed their “socialist market economy”, the average annual growth rate has been about 10% a year. No other large economy in history has grown so fast, for so long until it became the biggest economy in the world.

But how could this be?

Aliaa Mamdouh, a former economist at CI Capital, said that China developed its economy mainly through industry and exports.

She said that China created a rise in their industry in every field, developing how to manufacture and how to compete with western products that were more developed and had special technologies.

Now at 23% of Chinese national income, exports have been the mainstay of Chinese growth since the early 1980s. However, exports could never have achieved that status without subsidised credit from the government-controlled banking system and an artificially low exchange rate. Interestingly, China combined this quasi-mercantilist approach with considerable openness to foreign direct investment (FDI).

The problem is that the world will no longer absorb Chinese exports growing at 20% annually, and the credit subsidies have led to overcapacity among exporting firms.

Mamdouh believes that China is facing a problem because of the global recession, which affected their exports negatively.

She stated that China’s government noticed this, which caused them to construct a plan to count on their local market more and not solely depend on exports.

If there are similarities between Egypt and China, it would only be in the state-owned companies, which China made more productive and profitable, unlike Egypt.

China provides subsidies for their investors in the private sector and for state-owned companies, and Egypt could do that, she added.

In China, state-owned enterprises (SOEs) exist in dozens of sectors, employing tens of millions of people and generating roughly 40% of China’s GDP.

She believes that developing state-owned companies in the way China did would not happen without fighting the corruption that has led them into failing to turn a profit.

The government of Egypt needs to increase industrial land areas, she noted, adding that investors can hardly find land on which to begin their projects.

She said that with all the problems investors face in order to start their investments legally, it would be difficult for Egypt to mimic China.

How could Egypt benefit from China’s invitation to G20?

When Chinese president Xi Jinping invited President Abdel Fattah Al-Sisi to participate in the G20 summit held in Hangzhou, experts said that the invitation is a chance for Egypt to deepen its relations with the largest economy in the world.

Unfortunately, the government did not hold talks with investors before participating in order to understand how Egyptian investors could promote their industry through cooperation with Chinese businessmen.

Moreover, the poor investment climate in Egypt would not help the government attract investment from China either.

Chinese companies are already working on construction in the New Administrative Capital, mainly in infrastructure projects, according to CEO of Multiples Group Omar El-Shenety.

El-Shenety believes that the reality of the situation does not match the government’s propaganda. He explained that investors and businessmen from China would not invest knowing that Egypt has a lot of problems related to its investment climate.

He stated that government’s aspiration to attract investment from China, or any other country, will not be realised unless problems such as the exchange rate, operating licences, and the high cost of land are fixed.

This is why hardly any foreign direct investment had entered Egypt in the past two years, he noted. Chinese investors that intend to invest in Egypt are postponing the move until the Egyptian government fixes everything.

He said that it would have been better if Egypt asked China to become more involved in infrastructure projects, such as power generators or building electricity plants.

El-Shenety wonders, if the government is moving towards liberalisation of the energy market, then why did it ask Siemens and General-Electric to build governmental-owned electricity plants? He believes that if investors from China had built and operated these plants it would have saved Egypt a lot of money, especially as China provides good offers and facilitates payment for its projects.

He stated that the government’s role must be involved in electricity distribution only.

If Egypt really wants to benefit from China, it must obtain knowledge of current technology being used in fields such as the auto industry, he said, emphasising that the government has said again and again that it plans to start locally manufacturing cars in the near future rather than solely assembly operations.

He believes that only China would be able to help Egypt manufacture cars locally at low prices that Egyptians could afford, compared to cars of European origin.

On the other hand, investors from Egypt assured that if the government had cooperated with Egypt’s private sector before going to China, this would have been a great benefit to both sides.

Head of 10th of Ramadan City Investors Association Samir Aref said that China is, economically, the leading country in the world, adding that its rise mainly depended on small- and medium-sized enterprises (SMEs) and micro-enterprises. Therefore, Egypt could take advantage of its experience in this field.

Currently, the government’s priority for its ties with China is to attract tourists and direct investments, and to trade experience, expertise, and technology.

Head of the SMEs association Alaa El-Sakty said that Egypt can benefit from China in everything.

Investors could have deepened bilateral ties if the government had cared to hold talks with us before participating in the summit, he added.

He believes that Egypt could develop any industry if it cooperated with China, especially the textile industry. El-Sakty added that Chinese investors are the best ones for Egypt nowadays, as it’s already injecting investments in Africa, which could attract some of them.

China’s investments in Egypt are approximately $550bn, according to the General Authority for Investment and Free Zones.