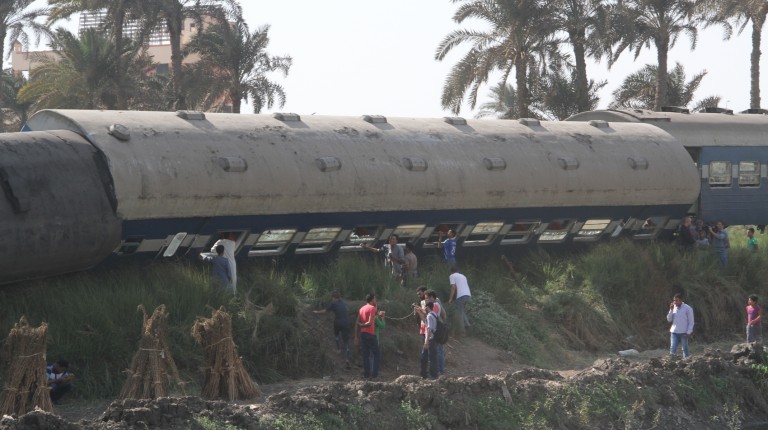 The Egyptian Railway Authority announced that train journeys on the Cairo to Aswan line have been resumed following a train accident near Al-Ayyat village on Wednesday.

As the train was heading to Aswan from Cairo, hree of the train’s carriages ran off the rails–they were derailed and flipped over. The accident left five dead and 31 injured, according to Health Ministry statistics.

The Railway Authority had halted the trips on this track until the prosecution completed its investigations into the accident.

Prime Minister Sherif Ismail ordered that a technical investigative committee be formed to examine the reasons behind the accident. He also ordered that the necessary medical treatment for those injured be provided.

The families of those killed in the accident each received EGP 35,000 in compensation from the ministries of transportation and social solidarity, and the Giza governorate; EGP 12,000 was allocated for each of those injured.

Medhat Shousha, chief of the Railway Authority, told Daily News Egypt on Wednesday that the cause of the accident is still unknown. “A set of measures will be undertaken by the authority when investigations are complete in order to prevent further accidents,” he said.