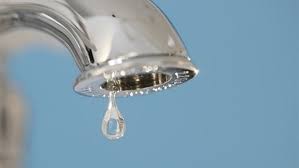 Luxor governorate will impose a fine of EGP 1,000 on anyone excessively using drinking water for other purposes and wasting it, according to Luxor governor Mohamed Badr.

In an official statement issued Saturday, the drinking and waste water company for Luxor requested from citizens that they not waste drinking water, stating that the water station in Luxor will be operating at full capacity during Eid Al-Adha to provide citizens with the required drinking water.

In August, Minister of Water Resources and Irrigation Mohamed Abdel Aaty said that Egypt is facing a crisis in the form of water shortage. He added that this problem is not a result of the construction of Grand Ethiopian Renaissance Dam (GERD), but rather a result of the increasing population.

Abdel Aaty went on to say that though the individual share of water has decreased, this deficit is filled by other water resources, such as as rainwater and groundwater.

In the meantime, temporary water shortages have been a common problem across the nation, with sometimes villages and marginalised areas staying without water for over eight hours a day. An example would be the village of Faqous in Sharqeya where citizens sent rescue calls via local media after being without drinking water for several hours.

Most of the cases had been due to technical problems with pumps, and sometimes the suspension of running water is announced in advance for certain areas in cases of maintenance.