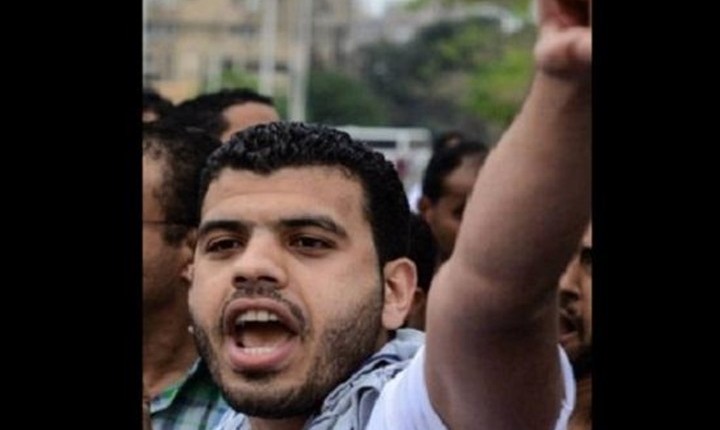 Journalists continued to demand the improvement of their colleagues’ detention conditions. On Saturday, the Press Syndicate’s Freedoms Committee filed three official complaints to the general prosecutor, voicing their demands.

The first one requested that members of the syndicate be allowed to visit imprisoned journalists, in addition to demanding the release of those suffering from poor health conditions. The second complaint demanded that detained journalists be grouped in one location in a manner that would facilitate following up on their situation and their possible transfer to hospitals.

The third complaint referred to journalist Mahmoud Al-Saqa, whose health has been deteriorating.

Activists and supporters launched a campaign on social media on Saturday evening in solidarity with Al-Saqa, demanding his release. They also advocated for the signing of an online petition addressing the general prosecutor. The petition recounted the case of Al-Saqa since his arrest in the infamous police raid on the Press Syndicate on 1 May.

It explained that co-defendant and journalist Amr Badr, prominent rights lawyer Malek Adly, and others were detained along with Al-Saqqa against the backdrop of the case publicly known as the ‘Red Sea islands protests’.

“Adly was released after 114 days, and Badr after 120 days. Yet, Al-Saqa began his journey of solitary detention since 28 August, he is enduring tough living conditions; without a mattress to sleep on, without seeing the light, and barely 10 minutes to step into the prison corridor,” the petition read.

It further added that Al-Saqa is not detained in solitary confinement, but is rather staying alone in an entire prison ward. The petition added that since his detention, Al-Saqa has been suffering hematemesis (vomiting blood) and that authorities have denied his lawyers’ request to take him to a hospital.

In July, the Doctors Syndicate said it had sent Al-Saqa’s family complaint that he suffered from hematemesis to general prosecutor Nabil Sadeq, Minister of Interior Magdy Abdel Ghaffar, as well as the NCHR, and prison authorities, demanding his right to medical treatment.