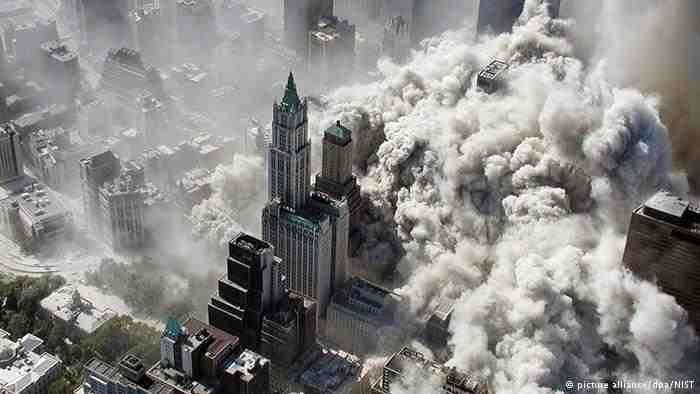 After the fall of the Berlin Wall in 1989, there appeared to be something of a pause in dramatic events for the United States and much of Europe.

Political scientist Francis Fukuyama proclaimed the conclusion of the Cold War as “the end of history,” and US president George H.W. Bush and British prime minister Margaret Thatcher fantasised at the time about having reaped a “peace dividend.” The United States proclaimed itself the world’s lone superpower. Former enemies were allowed to join the United States and western European alliances if they played by certain rules. If they didn’t, they were ignored and left out in the cold.

Yet with the end of the Cold War, the United States lost the creative drive that it had so clearly shown in the aftermath of World War II. Back then, it created the structures of a new world order: NATO, the United Nations, the World Bank, and the IMF. By the 1990s, the US seemed to have run out of steam.

President Bill Clinton, who took power in 1993, turned out to be merely a provincial statesman. Even after his move from Arkansas to the White House, there were no new security structures created in the northern hemisphere, there was no efficient fight against international poverty, little attention was given to environmental protection, and no permanent peace agreement was reached for Israelis and Palestinians.

US totally unprepared for attacks

But then 11 September 2001, brought the first attacks on US territory since Pearl Harbour. Americans were totally unprepared for such a blow, and it deeply unsettled many people—and many remain unsettled today.

The day, so soon into the new century, has resonated ever since. Or, as the former CIA director and US general David Petraeus recently told DW, “the fight against terror is going to last for generations.”

The immediate concern after the attacks was to head off a global recession. The world’s central banks opened their vaults. At first, this was successful in preventing stock markets from collapsing. But within a few years, neither the banks nor their customers knew what to do with the increasingly worthless money. Anyone in the United States who could fill out an application was given credit and invested in property in Florida or elsewhere. Often, these were people who could not afford to do so.

In 2008, the bubble burst. The United States was forced to print more money and as a result went even further into debt. So did Europe and Japan. This extreme money-printing policy has continued. Politicians continue to put off dealing with any of the fundamental structural economic problems. At the same time, the US middle class is shrinking and the standard of living is going down. Osama bin Laden’s plan seems to be gaining success: The arch terrorist had wanted to financially ruin the United States—not defeat it militarily.

Inaugurated in 2009, president Barack Obama learned from the mistakes of his predecessors: He reduced the number of US troops in Afghanistan and completely pulled them out of Iraq. Why should the United States invest in wars that it cannot win? But even after the 2011 withdrawal from Iraq, it was calculated that the adventure had cost US taxpayers hundreds of billions of dollars. And the more money is pumped into security forces, the higher the social costs, such as providing health care and other services to former military personnel. The United States will be burdened by this financial millstone for many years to come.

Squandering billions of dollars on providing security thousands of kilometres away means there aren’t enough funds to modernise basic infrastructure in the United States—or to make education affordable. The official unemployment rate of almost 5 percent hides the fact that many Americans have given up trying to find a job.

Presidential candidates for the upcoming elections are offering supposed solutions to these problems. But politicians in Washington are incapable of and unwilling to compromise. Books on the US downfall sell like hotcakes. The thrust of these books is that the United States is a world power that overreached.

The events of 11 September 2001 have left a very deep mark indeed. They have had huge ramifications on global security and led to a general shrinking of the private sphere. They have led to violations of human rights and international law by the United States.

9/11, as it’s known, was more than just an important historical event. It was the day that determined that a new century would be about “the war on terror.”