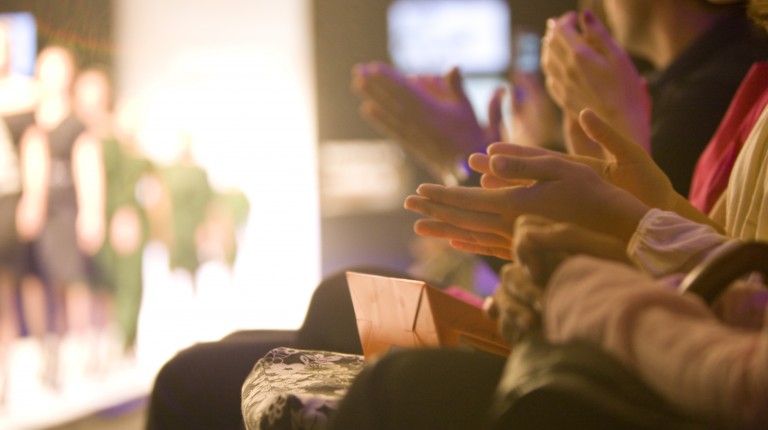 Several security-related incidents have had a substantial impact on Egypt’s tourism industry as of late. However, the country now seems to believe that these incidents are over and done with, and President Abdel Fattah Al-Sisi believes that the tourism industry is about to rebound.

With the tourism industry set to rebound, we take a look at one potential area of growth for Egypt’s economy: the fashion industry. Already the capital of Arab fashion, Egypt’s fashion scene could go global with tourism restored. Let’s take a closer look.

The need to bring Russian and British tourists back

Much of the hope of a rebound for the tourism industry (and a knock-on effect it would have on the fashion industry) appears to hinge on Egypt being able to attract the same level of Russian and British tourists that it did before.

Egypt’s relationship with Russia has strengthened since the Russian aeroplane crash in Sinai in October 2015, with the governments of both countries working hard to build ties. As such, the president now hopes that Russian tourists will return to the country soon.

The remarks follow a meeting between the Egyptian president and a visiting Russian delegation. As part of the visit, they discussed in detail the security situation in Hurghada and Sharm El-Sheikh. The delegation commented that it was happy with the improvements of security measures at touristic areas in Egypt.

As well as reviving Russian tourism, gaining more British tourism is also required in order to boost the economy. British tourists have historically flocked to Egypt to visit the pyramids and other historic relics. However, due to security fears and foreign office advice, fewer and fewer tourists have travelled to Egypt each year. However, in addition to making progress with the Russian government, Al-Sisi is also in constant communication with the British prime minister and has stated that he believes the talks have been positive, and that British tourism will once more return to the country. Much like Russia, the British government had banned its aeroplanes from flying to Sharm El-Sheikh due to security concerns. However, this seems to be lifted soon.

However, in spite of the future of Egypt’s tourism industry looking like it will improve, the fashion industry in the country still needs more local and national support. Hopefully, this is something that tourists and visiting businessmen can provide.

Egypt’s fashion scene is on the rise, and it’s certainly the capital of Arab fashion. However, the scene has a long way to go until it reaches the international stage and becomes a truly national industry.

Over the past couple of decades, the fashion scene in Egypt has become westernised to an extent, which has had an impact on the local fashion industry, with retail fashion from big, multinational brands taking centre stage and making it hard for local designers to break through.

As a result, there’s now a lot of work to be done to ensure that Egyptian fashion, and Cairo as its fashion capital, reach the same level of international recognition as western cities, such as London, New York, and Paris.

Hopefully, it won’t be long until we see Egyptian fashion designers and their brands floated, with stocks available through brokers such as IG. Once institutional investors bring designers to prominence, this is a logical next step, and may even catapult Egyptian designers to the level of their western counterparts, such as Ralph Lauren and Dolce & Gabbana.

However, fashion in Egypt is still—at this stage—thought of as a local industry rather than an international business. This is especially true considering the financial burden placed on designers due to a lack of funding. However, an increase in funding can be achieved through increased levels of tourism which will bring new investors to the country.

When all of the associated costs to put a fashion display are put together, including models, photography, music, production, set design, etc., then the financial burden becomes clear. Due to that, it’s unsurprising that Egypt isn’t currently a hotbed of international design. This is partly because the same support mechanisms that are in place in cities like Paris and London are still at their infancy in Cairo.

In the American fashion industry particularly, and also in Europe, designers rarely pay for their own shows, as they’re often helped by businesses or investors who make large financial contributions (not loans). These are designated to not only help the designer finance and run their fashion show, but also to help them open boutiques and stores across the globe.

It is this exact type of financing that is required for Egyptian designers. To reach international highs, budding Egyptian designers (of which there are plenty) need to establish links with businessmen and investors, showing them both their designs and their business plans, and presenting what they can achieve with their investment. When more businessmen and investors come to the country after the president can prove its safety, this should be easier for designers to achieve. Plus, as soon as such a funding process is established, it will become as commonplace as it is elsewhere in the world. Then, Egypt’s fashion industry will not only be the capital of Arab fashion, but it will be a leading light in the world.

What does the future hold for Egyptian fashion?

Once funding appears in the fashion industry through increases in tourism, it appears as though this relatively fledgling scene will finally have the capability to expand to a global level.

From here, Egypt will be able to run fashion shows in cooperation with the international industry; thus, bringing even greater amounts of tourism to the country.

This doesn’t appear too far-fetched, and it’s definitely on the horizon if Egyptians can find investment. For example, several Egyptian designers have helped to put the country’s fashion industry on the map by showcasing their work in Europe, with talented designers such as Sara Hegazy and Rana Madcour showcasing their collections in London and New York, respectively. The talent is clearly there, with Egypt standing as the capital of Arab fashion. Now it’s time to let it shine with investment.

‘Ben Barlow is a freelance writer focusing on finance but also covering topics such as tourism, travel, and sport. After studying business at Lancaster University, United Kingdom Ben worked at a number of financial institutions in London and New York and is now following his passion for writing.’
Topics: Economy Fashion President Abdel Fattah Al-Sisi tourism

Maison Saedi and Kaprun join forces for elegance and comfort

Sports stars with the most social-media clout