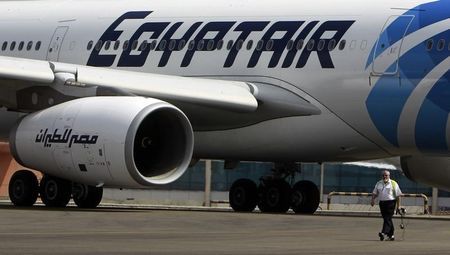 Russian transport minister Maxim Sokolov announced on Wednesday that the ministry is planning to soon send a new delegation of inspectors to investigate security measures at Egyptian airports.

The minister explained that the aim of the delegation is to work on the resumption of Russian flights to Sharm El-Sheikh.

Russia and other countries have suspended their flights to Sharm El-Sheikh following the Russian aeroplane crash in Sinai on 31 October, which left all 224 passengers and crew members dead, shortly after it took off from Sharm El-Sheikh airport.

On Tuesday, Egypt’s Foreign Affairs Minister Sameh Shoukry discussed the resumption of British flights to Sharm El-Sheikh in a phone call with his British counterpart Boris Johnson, according to a statement by the ministry.

During the phone call, Shoukry referred to the results of a British delegation’s recent inspections of Egyptian airports, assuring that Egypt is keen on implementing the delegation’s recommendations.

The two sides also discussed the current situation in Libya, and both countries’ stances on other issues set to be discussed during the United Nations General Assembly (UNGA) in New York next week. President Abdel-Fattah Al-Sisi and British prime minister Theresa May will also attend the UNGA.

Last Saturday, Turkish Airlines resumed its flights between its capital Istanbul and Sharm El-Sheikh after almost a year of suspension

Egyptian tourism was hardly impacted following the crash of the Russian aeroplane, despite Egyptian-Russian bilateral relations having witnessed a boost over the past few years, following the signing of several military and commercial agreements.