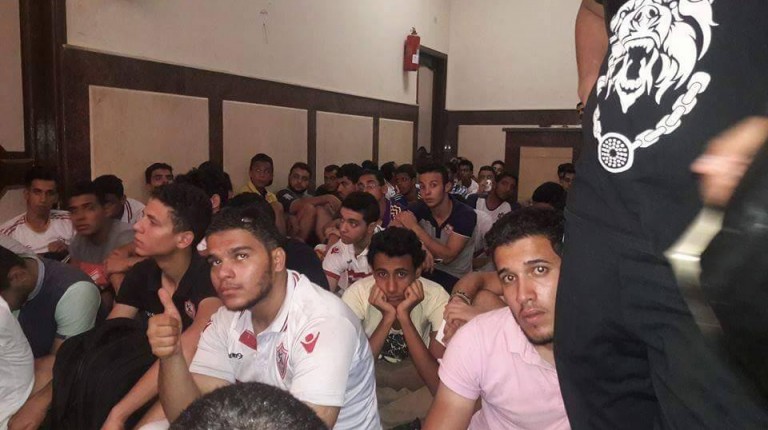 Around 850 Ultras White Knights members received release orders after they were arrested on Friday ahead of a game against Moroccan club El-Wedad at Borg Al-Arab stadium in Alexandria, according to lawyer Tarek Al-Awady.

The lawyer said that the 850 members were divided into different groups and detained in various police stations across Alexandria, including Al-Montaza second district police station and Al-Amriya police station.

The members were arrested from different areas in the vicinity of the stadium, on accusations of possessing forged match tickets and fireworks.

Early on Friday, an Ultras member, who preferred to remain anonymous, told Daily News Egypt that the head of the club and parliament member Mortada Mansour had incited the police against the fans.

On 8 February 2015, a premier league football match between Al-Zamalek SC and ENPPI’s team took a violent turn as fans were attempting to enter the Air Defence Stadium.

Twenty-two fans were killed when security forces violently dispersed the crowds at the entrance to the stadium. Meanwhile, other fans are facing trial in connection to the case on accusations of violence, rioting, and killing their fellow fans.