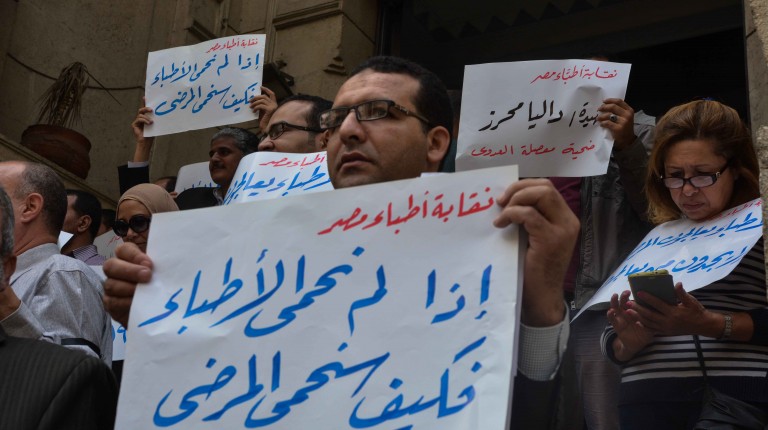 During an inspection visit at Qalyub hospital on Friday, Health Minister Ahmed Emad said the infections prevention system at the hospital is ailing and rundown despite the allocation of EGP 78m to the system for renovations.

The minister’s statements come a few days after the Doctors Syndicate filed a lawsuit against him and Prime Minister Sherif Ismail for not increasing the infections allowance for doctors.

Ihab Al-Taher, a board member at the Doctors Syndicate, told Daily News Egypt that the infections prevention systems in public hospitals are poorly constructed and neglected, which exposes the lives of doctors to life-threatening diseases.

In a bid to push for the verdict’s implementation, the syndicate earlier decided to send a delegation of its members to visit the cabinet on 19 September to further discuss this delay.

However, this does not conflict with the lawsuit it filed last Saturday. “The delegation will still go to the cabinet on the 19th and if we receive a response, we will withdraw the case,” Al-Taher said.

Article 100 of the Constitution states that refraining from implementing court decisions is punishable, the penalties for which are jail time and expulsion from one’s position.

A synthesis report by the syndicate for the doctors infected during work included six who died over the past three years. Among them was Ahmed Abdel Latif, who died in December 2013 due to a deadly infection from a ventilator machine in the intensive care unit. The latest case occurred in November 2015, when Dalia Mehrez died of meningitis in Ismailia while working in a medical caravan.