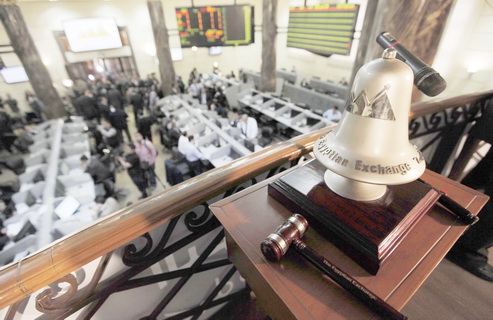 The recent financial indicators clearly reflect the severe recession experienced by the Egyptian Exchange (EGX) over the past 10 years. Additionally, the EGX’s inability to perform its essential role in financing the targeted economic growth of about 5.2% during the fiscal year (FY) 2016/2017 raised controversy.

There are many factors that led to this severe decline, notably the outbreak of two revolutions within 30 months, which led to foreign investors worrying about the future of political security and economic stability in the country.

These disturbances were followed by a severe decline in the foreign exchange reserves, so that Egypt sometimes failed to provide foreign investors in the EGX with the required foreign exchange to transfer their money abroad. Actually, there has been some money on hold for nearly four years. In addition, there are both formal and informal prices of the US dollar in the local market, which has made it difficult to market the shares, as they have two prices at once.

The EGX is currently looking to have a new start under the cloak of the economic reform programme being implemented by the government in coordination with the International Monetary Fund (IMF), after it agreed to lend Egypt $12bn over the next three years.

The government is reconsidering the public sector proposals programme, which was halted in 2005, through preparing several companies in the petroleum, electricity, and banking sectors to collect about $10bn over five years. This comes in parallel with the IMF agreement to implement controlled floatation of the Egyptian pound, through moving between specified levels supported by the Central Bank of Egypt (CBE) as close as possible to the real price.

These measures should theoretically move the stagnant water in the Egyptian stock exchange, but the details of the implementation of the proposals and the economic and political developments will be vital to restoring the role of the EGX in financing economic growth. Nonetheless, the recent political and economic fluctuations and the current foreign exchange rate crisis makes foreign investors more cautious and slower than ever regarding these economic reform measures.

Only the Egyptian people can solve their current economic problems: ex-CBE governor

CBE expected to increase interest rate by 1% on Thursday