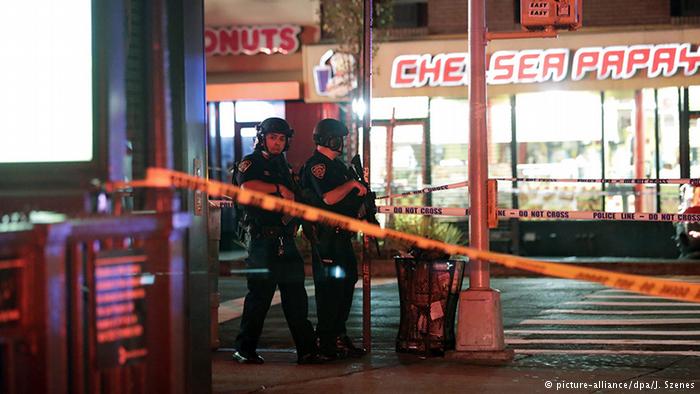 “Tonight, New York City experienced a very bad incident,” de Blasio told reporters near the scene in Chelsea. “We have no credible and specific threat at this moment.”

De Blasio said the blast was an intentional act, but added that at the moment there was no evidence of a connection to terrorism or to a pipe bomb explosion in New Jersey earlier in the day.

New York police commissioner Jimmy O’Neill said the exact cause of the explosion─which left 29 people injured─had not yet been determined and that officers are investigating a second device found a few blocks away.

None of the injuries were thought to be life-threatening.

An unnamed law enforcement official told The Associated Press that the second device appeared to be a pressure cooker wired to a mobile phone.

New York City police advised motorists in the area that they should “expect extensive traffic delays and emergency personnel in the area of 23rd Street and 7th Avenue” due to police activity there. They also asked the public to avoid the area.

The blast is believed to have come from a large plastic trash bin on 23rd Street, a major east-west route in the fashionable downtown neighbourhood of Chelsea. A gas explosion has been ruled out.

Earlier in the day, the Semper Five charity run in the US state of New Jersey was called off after a pipe bomb exploded close to the route.

As a precaution, New York police department said it had increased security across some parts of the city.

Citizen’s body sent for autopsy after explosion in Ain Shams