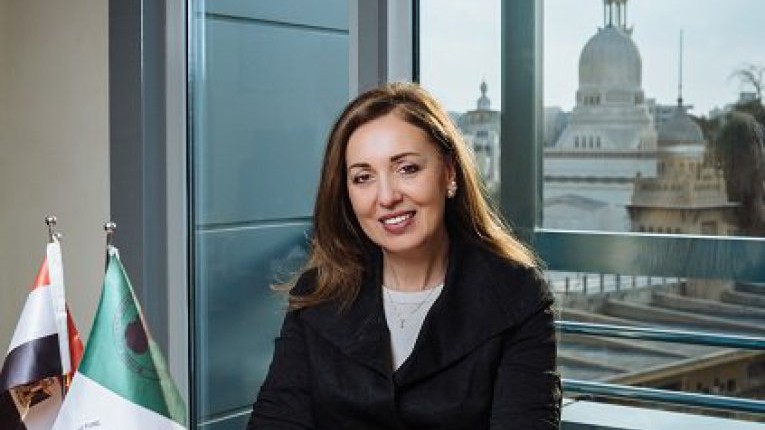 Daily News Egypt interviewed Leila Mokaddem, resident representative of the Egypt field office at the African Development Bank (AFDB), to talk about the bank’s strategy for funding Egypt in the coming period and its opinion on the economic reforms taken by the Egyptian government.

You stated to media that an AFDB mission would visit Egypt mid-August to continue negotiating the payment of the second tranche of a loan valued at $500m to support the state budget. What is the status regarding the mission’s visit?

With regards to the second tranche of the bank’s loan of $500m, a multi-disciplinary mission was fielded in June for pre-appraisal. The mission came to see the status of the implementation of the government’s reform programme and to discuss the second tranche, which is focused on three pillars: enhancing fiscal consolidation, ensuring sustainable energy supply, and enhancing the business environment. The bank will field another mission in coordination with the government as soon as the value-added tax (VAT) law is approved. We are working towards presenting the budget support operation to our board of directors for approval before the end of 2016.

What is the size of the funds of additional allocations?

Around $800m per year including the second and third tranches of the loan valued at $500m per year.

What are the values of funds dedicated to Egypt in 2016? Which of the funds have been paid and plan to be paid by the end of the year?

The loans that have been appraised for 2016-2017 include the second tranche of the budget support operation at $500m and loans for the Damanhour power project at $85m, a transport programme and air transport security efficiency project, ashwa’yat development programme, a 1.5m feddans project, a distribution and electricity transmission efficiency project, the second round of the feed-in tariff, and possibly the construction of the Abou Rawash wastewater treatment and sludge facility at $250m. For 2017, the bank plans to lend close to $800m based on current estimates both for sovereign and non-sovereign operations (i.e. public and private sector loans).

How much money is allocated to the private sector and small- and medium-sized enterprises?

The bank currently has in its portfolio only one private sector project, which is valued at $200m with the Egyptian Refining Company. Other current projects dealing with small- and medium-sized enterprises (SMEs) include a franchising project for $40m and two grants dealing with support to MSMEs, organic clusters, industrial waste management, and SMEs for $4m. We expect to allocate more resources to support the renewable energy strategy of the government as part of the bank’s “High 5s” strategies:  “light up and power Africa”.

How many funds will go towards developing the Ismailia Canal and establishing a power plant in Damanhour?

What was the amount of money dedicated to Egypt in 2015? What were the sizes of the loans and grants?

Despite the great debate regarding the feed-in tariff system due to local arbitration, the bank announced the financing of five projects within this system. Is this announcement true?  If yes, please explain the bank’s opinion regarding Egypt’s insistence on applying local arbitration?

AFDB is interested in supporting African trade. Will the bank loan to Egypt support trade with African countries? If yes, what will be the amount of funding?

For Egypt, the bank has funded the Egyptian Agency for Partnership and Development to help promote greater Egypt-Africa trade and provide training to the commercial attaches posted in selected African countries. The bank as a whole is working to promote a greater volume of trade and provides financing for this with lines of credit to the banking sector as well as to the African Export-Import Bank, which is headquartered in Cairo. Other projects that are related to integrating Egypt with Africa include a grant for the feasibility of creating a navigational line along the Nile from Lake Victoria to the Mediterranean Sea, an energy study for Nile Basin countries, a study on facilitating trade between Egypt and Africa, and a partial guarantee for trade finance to commercial banks.

What are the most promising sectors for the bank? What is the quota for each sector of the bank’s funds?

The most promising sectors for the bank according to the Country Strategy Paper, which acts as our main guidance for interventions in Egypt until 2019, are infrastructure and governance. In addition, the bank’s interventions in Egypt are guided by our corporate priorities, which are articulated in the bank’s ten-year strategy as well as in the bank’s “High 5s” priorities: Light up and power Africa, Feed Africa, Integrate Africa, Industrialise Africa, and Improve the quality of life for the people of Africa. These five areas serve as a blueprint for African countries to embark on a course of sustainable transformation.

The first pillar of focus for the bank is developing infrastructure to foster sustainable and inclusive growth. Support provided under this pillar aligns with a number of the bank’s “High 5” priorities. This pillar supports the “light up and power Africa” focus through energy sector interventions, the “feed Africa” initiative through interventions in agriculture and irrigation, and the “improve the quality of life for the people of Africa” initiative through the social sector (youth employment) and fiscal consolidation interventions.

The second pillar of focus is strengthening governance by enhancing transparency, efficiency, and fairness to improve public sector efficiency and capacity to deliver better projects. The bank supports reforms to improve the regulatory environment and help promote the development of skills to spur job creation. Support provided under this pillar aligns with the “light up and power Africa” priotity through energy sector interventions and the “improve the quality of life for the people of Africa” focus through fiscal consolidation interventions.

The bank does not have a quota for each sector; the amount of lending per sector is based on requests from the government and the readiness of these projects and their alignment to the Country Strategy Paper, “High 5s”, and the ten-year strategy.

What current projects are being implemented by the bank?

The bank’s current operations in Egypt consist of 29 projects amounting to $2bn—seven public sector loans, one private sector loan, and 21 grants. The projects are divided among the following sectors: 57% power sector, 0.2% finance, 7% transport, 3.41% water and sanitation, 0.1% social, 3.12% agriculture and irrigation, and 29.15% multi-sector.

Regarding the loan the AFDB provided Egypt to support the state budget, what performance indicators have been monitored so far since providing the first tranche of the loan?

The first tranche of the bank’s budget support operation focused on three pillars: enhancing fiscal consolidation, ensuring sustainable energy supply, and enhancing the business environment. The main achievements of the first tranche include: approval of decrees related to unifying the top income tax rate, containment of the wage bill, endorsement of a new gas law by the cabinet, a decree on the second annual electricity tariff increase, a new microfinance law, a decree on reforming industrial licensing, and amendments to the investment law.

What is your opinion on Egypt obtaining a $12bn loan from the International Monetary Fund?

The International Monetary Fund (IMF) loan is considered a step towards regaining confidence in the Egyptian economy, and affirming to the world that the government’s reform plan is setting Egypt on the right path towards development. The IMF package of macro fiscal consolidation is fully aligned with the budget support operation of the AFDB and the World Bank. For the bank to consider a budget support operation, it needs the support of the IMF, and having an IMF programme will facilitate the approval of the bank’s budget support operation.

Do you agree with those who say that the Egyptian government would waste the loan?

President Abdel Fattah Al-Sisi has recently confirmed that he will not hesitate to implement tough reforms in order to foster Egypt’s development. The IMF’s trust in Egypt’s reform plan along with the government’s efforts are both expected to allocate the loan resources efficiently in the planned areas. It is worth noting that boosting the economic growth rate will benefit the population as a whole and develop the private sector, which in turn will address employment issues. The measures taken by the government to provide social safety nets for the poor such as the takaful and karama initiatives are seen as the best practices in the region.

What is your opinion regarding the devaluation of the Egyptian pound?

The devaluation in March was a step to boost competitiveness and defend the pound. The Central Bank of Egypt’s policy is to reach an exchange rate level that reflects the strength and true value of the pound and to maintain inflationary pressures.

It will take time for the Egyptian market to be ready for the floating of the pound. The IMF’s $12bn loan and other external financing are expected to provide the buffer to stabilise the exchange rate.

In your opinion, what would be the scenario if Egypt fails to make proper use of the IMF loan?

The decision to take an IMF loan is based on mutual agreement between the Egyptian government and the IMF. The presence of an IMF agreement can provide increased confidence and can support the government to achieve macroeconomic stability.

Finally, what is your opinion regarding the recent reforms taken by the Egyptian government related to taxes, subsidies, economic legislations, exchange rate, and other policies?

Egypt has been facing several challenges since the 25 January Revolution, including budget deficits, a decline in foreign reserves, and foreign currency shortages. Reforms in this area are essential to achieve macroeconomic stability and revive the country’s competitiveness in the region and the continent. Even with a push for strong reforms, the government is aware of the need to protect the poor and vulnerable and is implementing stronger programmes through social protection networks.