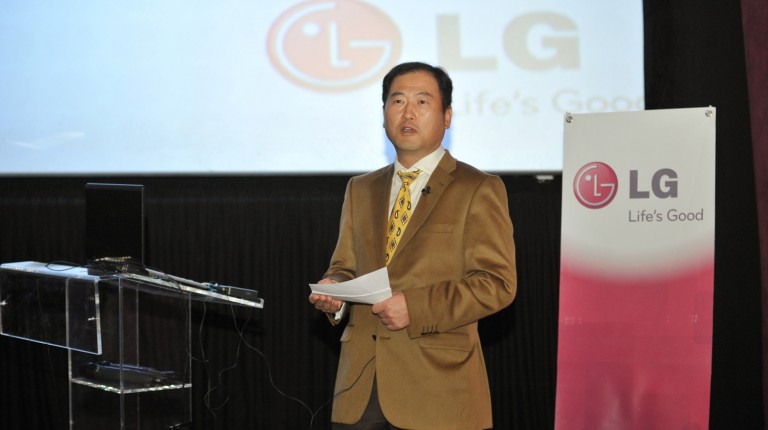 In his five months as managing director for LG Electronics Egypt, Kwack has gained firsthand experience of doing business in Egypt at potentially the most difficult point in Egypt’s business history. Thus, it’s surprising that he—not to mention the hundreds of other multinational corporations and foreign investors—is keeping such a level head and looking to the future potential of the Egyptian market over the current plethora of problems.

While we often hear of Egypt’s “potential” as a regional and international centre of business—as Kwack is no different in pointing out—those in the know can’t help but wonder how long this idea of potential will hold against dizzying bureaucratic bottlenecks and currency shortages.

As someone who does not just represent LG, but many corporations and businesses who face the same exact challenges, Kwack lays it all out.

How would you describe the current investment environment in Egypt?

We’ve always believed in the potential of the Egyptian market. Not only is it a large and continuously growing market, but Egypt itself is strategically positioned in the heart of the Middle East which makes it a perfect hub to export our products across the MENA region. Hence, we are keen to expand our production portfolio in Egypt to new areas and hopefully soon introduce new production lines in Egypt. This is provided that we see a remarkable improvement in the overall business ecosystem in the country.

How does the foreign currency shortage affect your operations in Egypt?

The scarcity of foreign currency has a direct effect on our operations in Egypt. Unlike other players in the market, LG Egypt has a production plant and we depend mainly on imported raw materials, equipment, and manufacturing inputs that are not available in Egypt. Thus, we are in constant need of foreign exchange in order to be able to continue operations and we’ve already decreased our production during the course of this year to align with the current capacity and expectations. We’ve also delayed all our expansion plans until further notice.

To what extent did your activity in Egypt decline due to the dollar crisis?

Our production has declined. It’s very unfortunate that we had to take such decisions, especially as the market is continuously growing and, therefore, so is demand. However, we had to take some harsh steps to be able to control prices and to ensure our long-term continuity given our commitment to the Egyptian market and our Egyptian employees.

Did you consider reducing your presence in the local market due to the US dollar crisis?

We believe this would be an extreme scenario and is unlikely to happen at this stage despite pressures. We have investments in Egypt worth billions and we’ve created a trusting relationship with Egyptian consumers and the Egyptian government. We wouldn’t easily back out of that, even considering the current setbacks. We are currently evaluating the situation and have frozen any further investment plans in Egypt until there is more clarity.

Since the beginning of this year, the Central Bank of Egypt (CBE) has taken a number of procedures to ensure the provision of foreign currencies. Have you seen any improvements owing to these procedures?

We are yet to see the direct effects of these decisions. We work closely with the CBE and have regular meetings with the governor of the bank to secure our requirements for foreign currency. However, this is a hectic process that affects the overall business cycle continuity. We understand that the decisions made right now will have an effect on the overall well-being of the economy in the future, but it also remains a very difficult period for us in the market.

Did the governmental reforms to control imports affect your business? How?

Of course it did; as I mentioned before, our raw materials are imported from abroad and the government has prioritised certain imports, which in many cases don’t include industry inputs. We are also unable to run our operations efficiently due to the ambiguity in our future foreign exchange cash flows, which doesn’t allow us to make medium- or long-term future plans.

Do you think the reforms agreed between the government and the International Monetary Fund (IMF) will be enough to save the economy? Do you think LG will be affected by these procedures?

I believe the agreed upon reforms will help the economy get back on the right track and will leave it with a healthy margin by the end of a five- to 10-year cycle. However, it will require the collective efforts of all stakeholders in the economy including the government, the business community, and the people in order to realise the sensitivity of this phase and to work together to ensure that these plans are completed successfully. My company has already been affected by all the financial reforms undertaken by the government and the new IMF rules are no different.

I believe that once the IMF loan is pumped into the market, the government should loosen the import procedures on a wider range of products and industry inputs to help businesses like ours operate normally and without stress and to help businesses plan ahead properly. It’s also very important that the government helps investors by removing bureaucratic obstacles that we usually have to work with, or around, in order to continue our business cycle as normal.

Electrolux increases Egyptian components of electric heaters to 90%, more than 70% in fridges