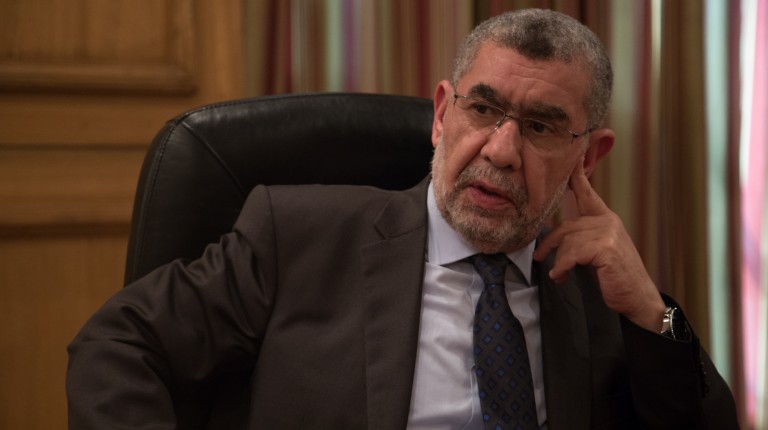 Even though the Egyptian cabinet approved a 20% increase in prices for all drugs that cost less than EGP 30 in May, the problem has not been diluted—and the shortage in medicines has continued to spread.

“Providing US dollars would secure medicine,” he told Al Borsa in an exclusive interview. “The government is well aware of this.”

He estimated that there were 1,470 types of drugs that have been missing from the market since before the price increase. He added that the scarcity in certain types after the decision to increase prices cannot be considered, as supply varies over time.

El-Ezabi explained that pharmaceutical companies are unable to open letters of credit to import raw materials. Along with the high number of requests, some companies are forced to resort to the informal market. However, others, including government and foreign companies, cannot secure US dollars from outside the banking system. “Even the informal market is burdened by the Central Bank of Egypt’s (CBE) new regulations,” he pointed out. “The solution is the unification of the exchange rate.”

Companies have total US dollar needs of $2bn, an amount on which medicine shortages also rely, according to El-Ezabi.

He explained that the US dollar shortage could possibly have less of an impact if the government implements the pharmaceutical raw materials project in cooperation with the private sector.

Earlier this year, the Holding Company for Pharmaceuticals announced its intention to implement a pharmaceutical raw materials project, in collaboration with a Chinese group of companies and a number of local private companies.

El-Ezabi said that the project has been temporarily suspended and will resume in the coming period, expressing his positive outlook on the use of raw materials in Egypt for the coming three years.

He noted that several major Arab and foreign investment funds are interested in acquiring local pharmaceutical companies in the coming two years.

Furthermore, he explained that the Egyptian pharmaceutical sector is unattractive to foreign companies, but interesting for investment funds of shorter periods, which acquire companies and raise their market value and sell them again in 5-7 years.

“The Egyptian market is large and highly consuming,” he said, noting that growth rates range from 12-15%, which makes it attractive for investment, despite the many obstacles facing businesses.

Moreover, he expected sales to increase and reach EGP 40bn at the end of the year, compared to EGP 31bn in 2015.

As for the obstacles, El-Ezabi said that investment in the pharmaceutical sector faces a significant number of obstacles. “All sectors in Egypt are unattractive and require further reformation.”

He highlighted three major problems facing the sector in Egypt: shortage of hard currency, slow procedures for registration, and the pricing of medicines.

He explained that the gap between the price of the Egyptian pound and the US dollar in the official and informal markets highly affects the investment climate. “No investors will come to a country seeing two different exchange rates and a difficult process for profit repatriation.”

In terms of investments across all sectors, El-Ezabi said that the hindering of the unified investment draft law and the one-stop shop, along with the problem of obtaining land permits, can be overcome in the future. “The problem now is the US dollar shortage.”

He noted that the Ministry of Health is currently working on the establishment of a factory for blood products at an investment cost ranging between EGP 1.5bn and EGP 2bn, in cooperation with local, Arab, and foreign companies. He refused to disclose the companies’ names.

This factory will be important for the Egyptian market, according to El-Ezabi.

In terms of raising prices in the market, he said the decision was good, but caused confusion when it was implemented, as medicine prices changed four times. He ruled out the possibility of companies being able to change the prices again, despite the increased production costs.

El-Ezabi explained that the poor implementation of the resolution was caused by the Ministry of Health not meeting with companies to discuss the implementation process, along with calls by the Pharmacists Syndicate to lift their profit margin from 20-25%.

He pointed out that pharmaceutical companies are not against implementing decision number 499 of 2012, which calls for increasing the profit margin of pharmacists. However, he said the syndicate does not want to implement the law precisely. “The law provides for increasing the profit margin on non-essential drugs and does not include key medicines for heart diseases and blood pressure,” he explained.

El-Ezabi pointed out that the domestic pharmaceutical market’s sales amounted to EGP 31.4bn, with foreign companies dominating 50% of sales, driven by the high price of their production, even though local companies produce at larger volumes.

He expected the sales of the public sector companies to see improvements in the coming period, especially following the decision to increase the prices of medicines.

He added that the decision increased prices on 4,000 drugs, out of a total 8,000 products on the market, noting that the enterprise sector is the biggest beneficiary.

El-Ezabi accused the Pharmacists Syndicate of aggravating the expired medications crisis, saying that distribution companies are committed to laundering the market agreement between the syndicate and the Pharmaceutical Industry Chamber.

In a different context, he pointed out that the Supreme Drug Authority project will be completed in the coming period, signaling parliament’s imminent approval. He expected the authority to stabilise the market and solve many of its problems.

Moreover, he said that the parliament’s Health Committee’s decision to form a fact-finding committee on problems of the sector is good. “The sector is not facing real problems, but it is chaotic.”

He pointed out that exports of Egyptian drugs are very low and worth less than $200m, driven by the low cost of medicines. He explained that the Ministry of Health is studying offering two prices for medicines; one for exports and another for the local market.

The pharmaceutical sector does not fall within the export subsidy programme, he added.

El-Ezabi continued by saying that caring for the sector will have quick positive impacts and secure hard currency liquidity.

Topics: Ahmed El-Ezabi head of the Pharmaceutical Industry Chamber at the Federation of Industries medicine US dollar