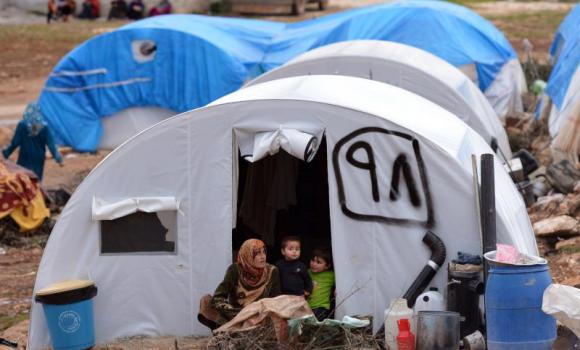 Refugees have become the major focus of the international community at the United Nations (UN) general assembly this week, with calls for unified action on the greatest refugee crisis since World War II. Calls for increased aid to countries hosting refugees have put Egypt in the limelight after President Abdel Fattah Al-Sisi announced at the G20 summit that Egypt hosts up to five million refugees. With the change of focus in the international community to supporting nations over individuals, Egypt has the potential to receive billions in aid.

At the UN general assembly, Al-Sisi highlighted the government’s commitment to ending the migrant flow from North Africa to southern Europe. “We are working on providing [refugees] with respectable living conditions without isolating them in camps,” Al-Sisi said.

Hisham Badr, Egypt’s assistant foreign minister, stated that the increase in refugees is the result of the Turkey-European Union (EU) deal, which effectively redirected refugees from Turkey to North Africa. Likely, Egypt will attempt to position itself as the main actor in mitigating the refugee crisis.

On Tuesday, Austrian chancellor Christian Kern said that the EU should forge an agreement with Egypt, similar to Turkey’s, where the EU provides funds to Cairo to stem the flow of migrants northward. “Austria fears asylum seekers could start coming to the EU from Egypt next year,” Kern told the EU Observer.

Under the EU-Turkey deal, the EU has promised $6.7bn and political concessions, which include Schengen travel from Turkey to Europe, a long sought objective of the Erdoğan government, if Turkey takes back migrants and refugees who often find themselves in detention centres. Turkish president Recep Tayyip Erdoğan metaphorically held a gun to European leaders’ heads, pushing them to choose to either accept the demands of the Turkish government, or watch their political careers burn if Turkey releases migrants into Europe.

Against Turkey, Egypt looks like an even-headed alternative. Since Turkey’s failed coup in July, more than 60,000 people have been arrested or removed from their jobs, including journalists, teachers, professors, judges, and civil servants.

The UN response plan to the refugee crisis since 2014 has been to prioritise human and economic development rather than humanitarianism for two reasons. Humanitarian spending is unsustainable, while investing in community development to reduce permanent aid dependency is considered the necessary route. This is in order to reduce tensions between local communities, which already suffer from high poverty, inequality, and unemployment, by attempting to give locals some added value from the presence of refugees. The United Nations High Commissioner For Refugees (UNHCR) in Egypt stated in a February report that they only receive 3% of the needed funding for refugee support for the 200,000 refugees that are officially registered.

The International Monetary Fund (IMF) released a report on Saturday detailing the economic cost of the refugee crisis on the Middle East and North Africa.

However, they did not deviate from their usual calls of subsidy reduction, private sector promotion, preventing deficit spending, monetary and trade liberalisation, and economic restructuring─all policies that were deferred in the Marshall Plan that rebuilt Europe after World War II. European nations were allowed to defer free market reforms until after the political and economic crisis had been addressed, not through austerity, but through massive public spending and welfare, full employment, higher wages, and progressive taxation.

Unfortunately, the institutions that the IMF designates as most important to preserve are fiscal institutions and central banks. The IMF also calls for the scaling back of state intervention in the economy, such as price controls, exchange, and capital controls. “Efforts to phase out interventionist regulations thus often become a priority,” it said in the report.