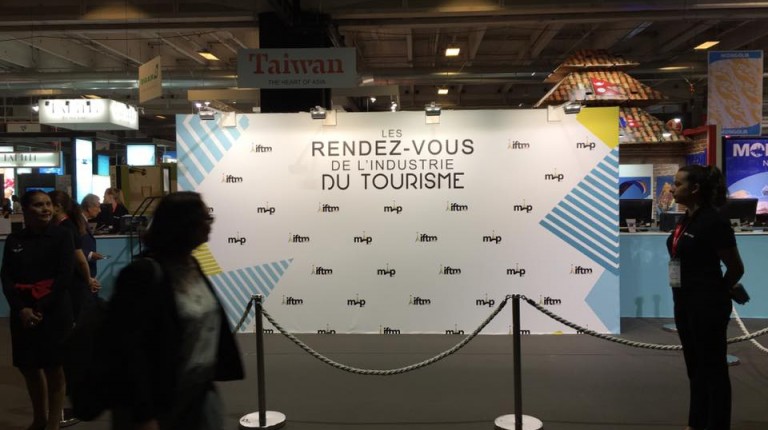 Minister of Tourism Yehia Rashed said that the IFTM Top Resa exhibition provides an opportunity to revitalise the French tourist movement to Egypt, as it is one of the most important exhibitions in France.

IFTM Top Resa is France’s international travel and tourism trade fair, which kicked off on Tuesday, and will resume until 23 September.

In a press statement, Rashed said that Egypt is doing all it can to ensure that the French tourist movement returns to its normal rates, particularly with respect to cultural and historical tourism.

Rashed added that Egypt is offering an incentives package with low-cost airline and charter flights to encourage the French tourist to choose Egypt as a tourist destination.

He assured that the tourism movement has started to return to Egypt, and that current efforts aim at developing and expanding existing markets.

The minister of tourism earlier participated in the opening of the IFTM Top Resa exhibition’s 38th round as well as in the Paris Expo Porte de Versailles.

Matthias Fekl, France’s minister of state for foreign trade, the promotion of tourism, and French nationals abroad, inaugurated the exhibition in the presence of a number of tourism ministers of the participating countries.

The Egyptian minister of tourism, at the head of Egypt’s delegation, inspected the exhibition before heading to the Egyptian wing, which is situated on an area of 84 sqm. A number of Egyptian and French companies are participating, such as EgyptAir and a set of Hilton hotels.

In the presence of the director of the Egyptian Tourism Office in Paris Riham Wahid, Egypt’s minister of tourism will hold a series of meetings with representatives of tourism companies, travel agencies, and tour operators participating in the exhibition.

Additionally, Rashed will hold a number of meetings with media specialists for the promotion of Egyptian tourism and highlight the latest offered programmes and efforts to remove the most important obstacles preventing the flow of tourists to Egypt.

The IFTM Top Resa exhibition is held on 31,000 sqm and represents about 1,600 senior operators in the tourism field. This year, the exhibition is focusing on leisure tourism, and tourism and business trips.

Top Resa was launched in 1978 as the biggest tourism and travel exhibition in France and is attended by a large number of officials from the tourism sector from various countries around the world, as it is the most important French tourism forum.