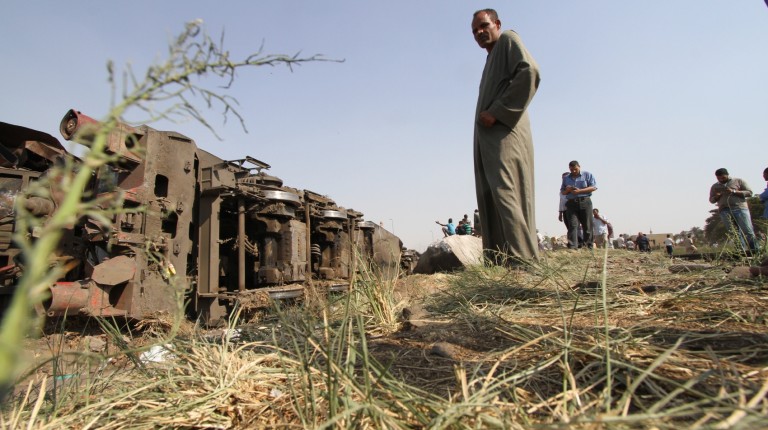 Transportation Minister Galal Saeed decided on Tuesday to sack the deputy head of the Railways Authority a few hours after a train accident in Qena governorate.

The accident occurred when the train crashed into a car at the Al-Arg crossing in Qena governorate. The accident killed three people, including a child, and left one person injured.

Similarly, two weeks ago, five people died and 27 were injured in a train accident near Al-Ayyat, Giza, according to state media.

The Central Agency for Public Mobilisation and Statistics (CAPMAS) said the number of road accidents in Egypt has increased to 14,500 in 2015, a 1% increase from the previous year. Accidents caused EGP 30.2b in financial losses last year, according to CAPMAS.

The number of deaths resulting for road and train accidents continues to increase in Egypt, without any serious reforms being implemented or considered.