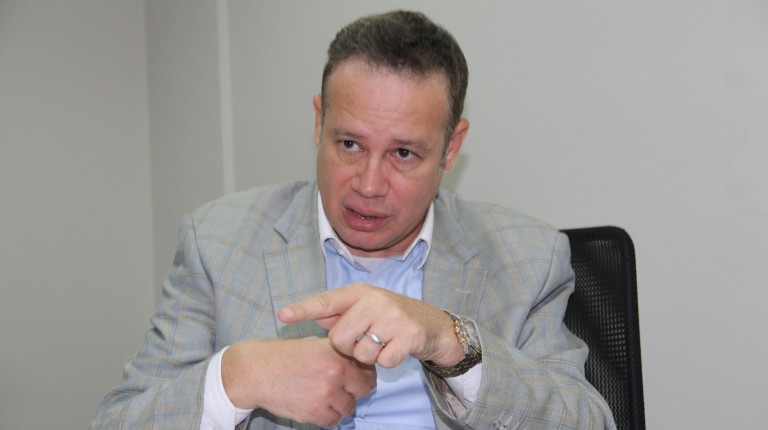 Regional director of Saudi energy company Acwa Power, Hassan Amin, said that every country’s investment environment depends on supply and demand. Egypt has a large market for the energy sector, although some experts and companies believe that there is a state of saturation, especially since the government contracted to launch power plants at a total capacity of 14,800 MW. However, the projects contracted by the government were required to bridge the energy shortage gap that Egypt has experienced over the past five years.

Amid said that the Ministry of Electricity should implement a comprehensive strategy, in accordance with the needs of megaprojects and new areas such as the New Administrative Capital, the Suez Canal Area Development Project, and the Golden Triangle area.

As the demand on energy increases by 7% annually, he explained that the electricity strategy requires that old power plants be updated as these plants are not working at full capacity, and “we should not rely on the nominal capacity of the plant”.

According to Amin, Egypt enjoys a good investment climate in terms of security and political stability. Investors who want to create projects will be looking for security and stability, and for the laws governing the legislative environment and regulating controls to be suitable. However, we must improve legislation and law enforcement, and work on removing obstacles that stand against concessional laws to investment.

He emphasised that the government should take other states and markets into consideration, and provide encouraging incentives and rewards in order to compete with them. Jordan, for example, provides advantages and facilities in terms of customs, lands, and taxes in the new and renewable energy sector.

Amin pointed out that investors need the required paperwork and documentation to be finalised quickly, and require responsiveness on the part of officials. Companies want to create projects within a specific timeframe in terms of completing procedures and implementation. In the case of delay, the total determined costs will increase and thus, reduce the profitability of the projects.

He called on the government to accelerate the pace of work this year, in order to complete all memoranda of understanding (MOU) and contracts that were signed in the past year. “A large number of projects were agreed upon, but have not yet been resolved,” Amin said. “We hope to complete them.”

Amin suggested that local manufacturing should be encouraged and that encouraging land incentives and facilities be provided. Jordan, for example, identified the price of the renewable energy-tariff, and the price of energy produced from solar and wind plants. Jordan announced that companies establishing these stations using local components will receive advantages and incentives that increase the value of the tariff.

Local manufacturing will contribute to opening the door to exports and job opportunities. “Egypt will rise when it becomes the world’s farm or factory, but Egypt still imports everything, and does not manufacture or plant its own seeds,” said Amin.

He added that the Independent Power Producer (IPP) system is the best contractual system for Egypt in the fields of electricity and new and renewable energy. The system allows the investor to directly contract with consumers, and set up stations for selling the energy directly to those who want it. IPP is the best system for public and private sector partnerships when establishing electricity projects.

Amin explained that the Engineering, Procurement, Construction, and finance (EPC+finance) system,which the state follows when it is ready to manage, bears the risks of design implementation. Egypt’s borrowing cost is low and its credit rating is high. However, the world turned to partnerships with the private sector upon the launch of the IPP system. The Ministry of Electricity should be the organiser and develop its strategy, and then the private sector companies can implement the projects.

Amin compared the electricity projects carried out in accordance with the IPP system and those carried out in accordance with the EPC+finance system. In the latter, the investor implementing the project provides the necessary financing for the plant, while the Ministry of Electricity, as the owner, pays for the investor after the completion of his/her work in the project. It is similar to the turnkey system.

The EPC+finance system renders the state responsible for the risks in design, financing, and construction, as well as the efficiency of the plant and the maintenance and operation of the project. Moreover, the state pays the value of all equipment and letters of guarantee. Furthermore, the loans obtained by the Ministry of Electricity appear in the budget deficit.

The IPP system, on the other hand, renders the investor is responsible for all the financing and design risks and the efficiency of the plant. So, if the plant does not generate at its full capacity, it would be the responsibility of the investor. He/she is also responsible for the risks in construction and implementation and in case of any delays, the loss would be on the investor rather than the state. Investors make their calculations upon a specific timeline. They always seek to complete their projects in order to produce and sell power.

Moreover, in the IPP system the investor is responsible for all the costs of operation and maintenance and any costs needed for the projects’ units—except in the case of natural disasters, in which case he/she would pay for them in partnership with the state. The projects implemented in accordance with the IPP system do not appear in the budget deficit; they appear in the general budget as paid bills for produced electricity, rather than as paid loans. Moreover, with that system, the state will not pay anything before the commercial operation and power production.

He noted that real investment in the electricity sector is encouraging the private sector to establish projects, pump foreign currencies, and provide facilitations. Arab or foreign companies would contract with Egyptian suppliers and contractors, and provide jobs.

The Public-Private Partnership (PPP) system is one of the mechanisms the government uses to conduct partnerships with the private sector, which Amin described as a suitable system. He added that direct contracting can be compared to tenders, as it is accepted worldwide. States resort to that system in case of urgent need, said Amin.

Implementing projects over a long time increases their cost, Amin said. The company signed an agreement with the Chinese Silk Road Fund to finance the Dairout power plant, said Amin, adding that the fund will not wait for a long time. As for the issues of arbitration and financial guarantees, he said that they will be decided on soon.