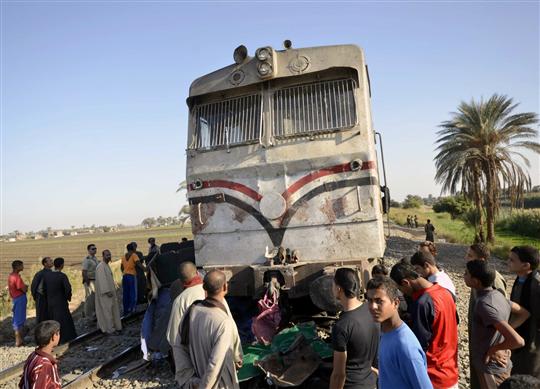 Four people were killed and two were injured as a train crashed into a car at a railwa in Manqabad village in Assiut governorate on Thursday. The train was traveling from Cairo to Assiut.

The injured were transferred to the Assiut hospital.

Transportation Minister Galal Said had dismissed the deputy head of the Railway Authority Ashraf Raslan on Tuesday, immediately following an earlier train accident in Qena governorate. The accident had left three people killed and one injured after also crashing into a car.

Early in September, five people died and 27 were injured in a train accident near Al-Ayyat, Giza, according to state media.

The Central Agency for Public Mobilisation and Statistics (CAPMAS) said that the number of road accidents in Egypt has increased to 14,500 in 2015—a 1% increase from the previous year. Accidents caused EGP 30.2bn in financial losses last year, according to CAPMAS.

2 PTA employees released, detention of 4 others renewed for additional 15 days