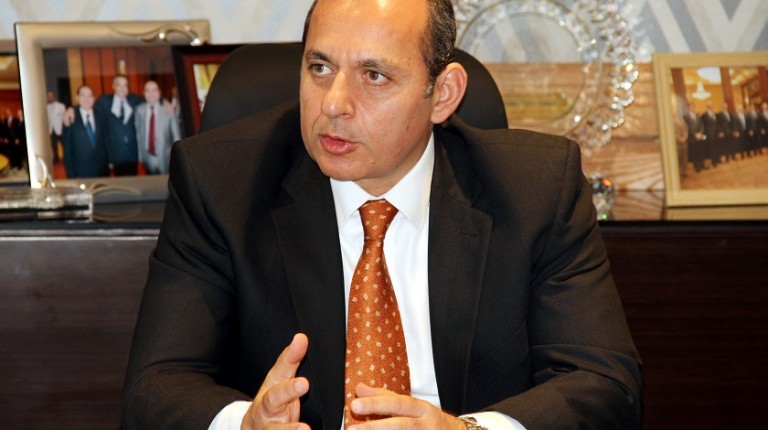 Hisham Okasha, chairperson of the board at the National Bank of Egypt (NBE), said that Egypt’s economy has become better than before after starting a number of reforms in various economic sectors.

Okasha put an emphasis on the importance of rationalising imports in all forms, and supporting and expanding productive industries in order to reduce dependence on the outside world, limit expenditure in foreign currencies, and revitalise exports.

He told Daily News Egypt that the industrial sector acquired 18% of the total direct and indirect funds granted by NBE for small- and medium-sized enterprises (SME) worth EGP 28bn. He also said that the bank is paying special attention to the sector and seeks to expand it to support production rates.

Okasha added that the bank targets an initial average growth of 10% this fiscal year (FY), to increase deposits, loans, facilities, and individuals’ funds.

Is it an appropriate time for the bank’s return to bond markets?

The bank has already begun preparing the necessary measures to determine a date to float bonds in international markets, which would amount to $600m. However, the bank has not specified an adviser so far and there are a number of variables that prompted the bank to re-think this step. The most important of these variables is that the government already floated bonds in international markets and Egypt received a loan from the International Monetary Fund (IMF), which is a certificate of confidence for the Egyptian economy and its institutions.

NBE floated bonds worth $600m in international markets back in August 2010 with an interest rate of 5.25%, due on 5 August 2015. The bank paid the bonds’ value by deducting from its foreign accounts on the due date.

Are there ongoing negotiations with foreign investors to launch projects in the Suez Canal Economic Zone?

Negotiations began some time ago with Russian investors to enter into partnerships and to pump investments into the Suez Canal Area Development Project, though we did not define the features of the projects so far, but this step and other similar steps attract foreign inflows.

What procedures are required to make the investment environment attractive to foreign investors?

Regulations and laws are the most important problems that require streamlining in order to overcome the obstacles that face investors. This is besides encouraging investors to penetrate the market. Foreign bank and private bank branches support investors from countries where their headquarters are located, and this attracts foreign investors. Egyptian banks also support Egyptian investors in these same countries.

The banking sector is one of the strongest sectors that supports investments and investors besides providing the required local funding and a portion of foreign funding through the sector’s funding centres.

Banks continue to strengthen their capital base in order to be able to support the various projects.

To what extent did US dollar savings products attract savings to NBE lately?

The bank continues to provide customers with their US dollar requirements, giving priority to basic and strategic commodities, medicine, and baby formula.

NBE arranged US dollar funding from its own resources to importers worth more than $6bn over five months from the end of October 2015 to March 2016.

Is there an expected negative impact on NBE earnings if the government reduces offerings of debt instruments?

Banks generally invest their surplus liquidity in bills and bonds of the government treasury, but they achieve higher profits when they direct their liquidity to finance projects. Banks’ profits grow at high rates not only through debt instrument offerings. NBE expects a higher demand for credit in the coming period in light of government projects that will be launched.

Liquidity is largely used to fund SMEs, which most banks have been doing lately to achieve good profits and to be exempted from obligatory reserves.

What were the bank’s total profits in the past FY? Is there a plan to raise its capital?

NBE achieved good results and growth rates that cannot be disclosed at the moment until the completion of the accounting audit. The bank continues to strengthen its capital base on an ongoing basis by withholding profits that achieved property rights worth EGP 33bn as of the end of 2015, and this contributed to the expansion of granting credit.

The bank increased its authorised capital from about EGP 10bn in 2014 to EGP 30bn. It also increased its paid up capital to EGP 15bn compared to EGP 9.2bn. The bank relied on the retained earnings from previous years.

What about the bank’s plan to expand in funding SMEs?

The bank is expanding its funding of SMEs at a rapid pace, in accordance with the Central Bank of Egypt (CBE) initiative for the sector. The bank also aims for its portfolio to reach EGP 65bn by the end of 2019, compared EGP 28bn as of June. The bank faces a challenge in targeting a direct 20% of its variable credit portfolio, which is growing rapidly for SMEs. Also the bank’s credit portfolio rose from EGP 177bn in December to exceed EGP 200bn in June.

The bank is working to strengthen the management of SMEs with about 500 new employees, in addition to the current 950 employees.

NBE pays attention to the SMEs’ industrial activity through the CBE’s initiative, which funds a yield of 5%, and sector funds acquire 18% of the total SME sector loans.

The bank aims to double that figure to reach 36% of the SME sector portfolio in the coming period, which is a large proportion designed to increase production and help the state in the rationalisation of imports.

What about the bank’s plan to restructure the portfolio of direct investments?

The bank has a portfolio of real estate assets of its own, as well as in partnership with Banque Misr, and we are preparing to restructure assets worth EGP 7.2bn over the next two years in collaboration with Banque Misr. We have not specified the form of restructuring of those assets so far, which will be either through sale or partnership with investors, or developing it to achieve feasibility.

What are the bank’s steps towards expanding in Saudi Arabia and other foreign markets?

We are still studying opportunities in Saudi Arabia to choose the right time for such a move, but our biggest target at the moment is on domestic investment to push the Egyptian economy to the most important stages of reform.

We target an initial average growth rate of 10% during the current FY, by increasing deposits, loans, and facilities, and funding individuals.

What are your plans for the implementation of financial inclusion?

The CBE’s initiatives for the Mortgage Finance Fund (MFF) and SMEs are the biggest supporter for the application of financial inclusion, as most customers who will take advantage of those initiatives did not deal with banks before and incentives led them to start dealing with banks.

And the entry of new customers is followed by other transactions, such as processes to open an account, the issuance of a credit card, and other mutual dealings.

The bank also offers a number of banking technology products to attract customers and facilitate the implementation of a number of banking operations in a quick, one time process—like prepay cards and providing channels for digital government payments. This is besides providing payroll cards for state employees that contribute to attracting new clients to the banking sector. The bank issued 2m payroll cards for state employees’ salaries.

Do you have a plan to launch branches of NBE within the New Administrative Capital?

We aim to be present in various places of vibrant trading and accumulation of population, and we are looking for opportunities to reach the largest number of customers.

The bank seeks to open 150 new branches over the next three years, 52 of which are to be opened this year, bringing the current total number of branches to 390.

How high is the volume of expenditure on social responsibility at NBE?

We have a strong and influential role in social responsibility activities. The size of donations to hospitals, ashwa’yat (informal housing areas), schools, and the surrounding area of the bank’s headquarters exceeded EGP 1.25bn over the past six years. It is expected that the bank’s contributions to social responsibility will exceed EGP 330m, compared to EGP 250m in 2014, and EGP 150m in 2013.