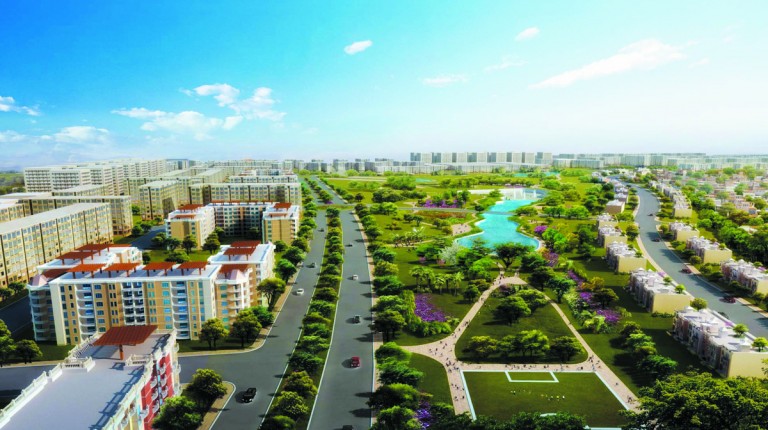 Real estate marketers and developers expect another imminent bubble due to the continuous increase of real estate unit prices, reaching a level that exceeds the abilities of customers, and that does not match the real cost of the projects.

They said that the buying rates have recently gone up with the increase of real estate prices, which makes real estate a safe saving and investment fund with higher revenues, compared to other investment funds, like the Egyptian Exchange, gold, and others that are being chased by crises.

This has motivated companies to increase prices to levels that will soon be considered alarming.

They also confirmed that some areas are witnessing recessions in the buying and selling process due to the unexplained increases in the value of real estate assets. This is considered an indicator for the rejection of the market to these increases and the recession that follows, especially from the side of those who seek to invest. This represents 60% of the size of the demand in the market, according to real estate developers.

The real estate bubble is formed when real estate prices increase significantly and quickly, which leads people to think that prices will continue to increase, forcing them to speculate, which leads to forming a real estate bubble. However, after a certain point, people realise that the prices have incredibly increased, so the bubble bursts and prices decline. This may result in a slowdown of the market or a fall, based on the volume of debts owed to real estate investors.

When investors depend on debts in buying real estate at the time of the bubble’s formation, its burst becomes severe and leads to a breakdown of prices, the same way it happened in the American real estate market in 2007. The same scenario was repeated in Dubai in 2008, whereas the Egyptian market survived this bubble, despite the exaggerated price increase in Egypt due to the inactivity of the real estate financing mechanism.

Mohamed Rashad, head of the trade sector in Coldwell Banker for real estate marketing, said he expected the Egyptian real estate market to witness the formation of a real estate bubble in 2017 due to the exaggerated price increase, especially in trade, medical, and administrative real estate, after a 20-25% increase compared to the property’s basic value.

He added that the real estate bubble is usually preceded by a relative state of recession in selling and buying operations, due to the inexplicable increase of the properties’ value, followed by a 20% decline, then a state of stability at realistic prices for a while. The stability is based on the market’s stability and the volume of investments in the sector.

Rashad noted that Fifth Settlement in New Cairo and Sheikh Zayed are at the top of places to witness a significant decline in the demand on buying over the upcoming period, due to the unreasonable increase of units’ prices in these areas.

He expected the awaited decline to cause a delay in delivering projects to customers by real estate companies for about five years, instead of the average period of three years. This would be the result of the decline in the instalment payment process by customers affected by the unstable economic conditions.

Rashad warned of depending on borrowing from banks. He added that the projects’ bearing of the interest rate increases costs and creates more price increases that may lead to the inability of individuals to buy or continue payments. This will lead to an increase in supply and a decrease in demand.

He said that partnerships currently taking place among investors contribute to reducing the chances of the formation of a real estate bubble because developers will not need to resort to bank loans or inject large amounts of money into lands; thus, avoiding making customers pay additional amounts.

Rashad noted that many companies have rented, rather than bought, administrative units, especially in New Cairo, with the increase in prices over the past three years.

Mohamed El-Banany, chairperson of New Homes for real estate marketing, said that enforcing the value-added tax (VAT) will speed up the formation of the real estate bubble because of the increased prices of construction materials. Hence, the prices of real estate will go up in all sectors.

The government expects tax revenues to increase by EGP 30bn in FY 2016/2017, compared to last year, as a result of the VAT’s application.

El-Banany expected an increase of 10-15% on residential unit prices by the end of 2016, given the rising demand, especially in new cities, like New Cairo.

He explained that the high demand on buying does not match the current unrealistic prices. He expects the increase to eventually result in a severe recession in the market in 2017.

Mohamed Gamal, head of investments in ERA Egypt for real estate marketing, said that since 2012, the real estate market has witnessed an increase in asset value, which has led to pushing the market price higher than the basic value of the assets. All of this will contribute to creating a real estate bubble.

He added that the real estate bubble is formed in a period ranging from five to eight years, based on the supply and demand, the political and economic conditions, as well as the absence of other investment mechanisms.

Gamal expects speculation to increase in the market, and individuals are expected to invest their money in real estate to build them after a while in order to benefit from the continuous increase of prices. This will also contribute to the formation of a real estate bubble and its quick burst, which will lead to them suffering great financial losses.

The bubble is expected to burst soon after its formation, especially in new areas like New Cairo, where the price of a square metre has reached EGP 10,000, with an increase of EGP 4,000 on the actual price of the square metre.

He explained that the frenzy of increased prices began in 2012 and is expected to reach its peak in 2017.

Gamal expects units in prestigious areas to witness a recession in buying and selling.

He called on the state to intervene in order to fix the currency’s exchange rate in the informal market with the prices in the Central Bank of Egypt (CBE). The US dollar’s exchange rate plays a pivotal role in the fluctuation of real estate prices, since it is directly connected to the prices of imported construction materials.

He emphasised that many developers will be exposed to financial issues by the end of 2016 because of the customers’ inability to pay instalments in the specified time as a result of the inflation of prices and the increase of financial burdens on a large segment of customers, especially the middle class.

Gamal expects many companies to increase payment facilities and methods in order to motivate customers to buy units at high prices.

Extending the instalments period is considered an indirect decrease of prices, according to Gamal.

Amr Fayez, board member and chairperson of the residential sector in Business to Business (B2B) for real estate marketing, said that Fifth Settlement and the North Coast will be mostly impacted by the formation of the real estate bubble, in case the price increase continues.

The prices of real estate, especially residential ones, have increased by 20-30% in 2016, due to the high and quick demand on buying.

Fayez explained that real estate developers have taken advantage of the demand on buying in order to increase prices.

He stressed that a number of developers have offered customers payment facilities to increase the demand on buying, especially on the first phases of the projects.

Fayez called on the state to intervene and set a limit for the increase in the price of the square metre, especially in the residential sector, since many individuals now own units with the goal of investing. This comes with the increase in inflation and the Egyptian pound’s devaluation against the US dollar, which has resulted in a decline of the value of the money in banks.