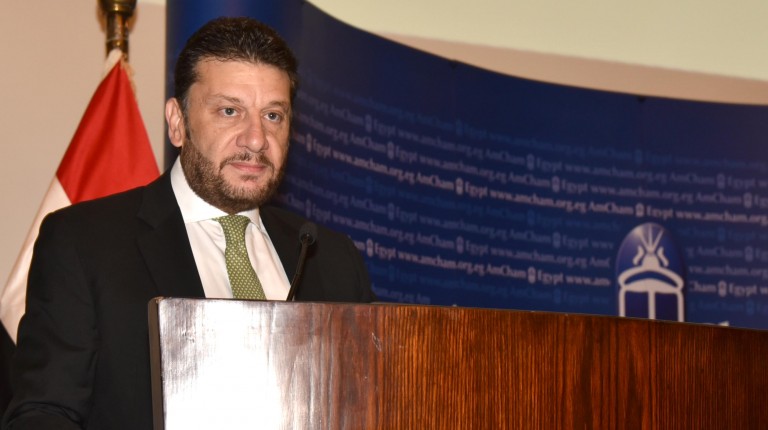 Tax dues amount to nearly EGP 70bn, including EGP 30bn from governmental institutions and EGP 10bn from the private sector, while the rest is from companies that are faltering or have halted operations.

Deputy Minister of Finance Amr El-Mounayer revealed that the government completed a new law to eliminate tax disputes. It will be issued by the end of the coming month and will be activated in a year, targeting to resolve financers’ problems with the tax authority and to pay outstanding dues.

On Tuesday, the American Chamber of Commerce in Egypt (AmCham Egypt) held a conference on the specifics of tax reform and its impact on the investment environment in Egypt as well as changes to customs, taxation, and the small- and medium-sized enterprises (SME) laws as well as a number of laws and incentives expected to be passed by the parliament later this year.

The main discussion points revolved around the planned introduction of the value-added tax (VAT) and the various responsibilities that business will be expected to uphold in the coming transition. El-Mounayer made clear the specifics of the exemptions, the details of incentives, and compliance expectations in which businesses will have a three month grace period before VAT is expected to be enforced. He also outlined the Ministry of Finance’s new relationship with the tax authority.

During the conference, El-Mounayer said that the ministry is targeting to increase the tax contribution to the GDP to 18.4% in five years, compared to 13.4% now. The average contribution of taxes to the GDP in similar countries is 20-25%. He added that solving half of the tax problems in Egypt will provide a good income for next year’s budget.

Egypt is one of the largest countries that deals with cash, which contributes to the expansion of the size of the informal economy, the deputy minister said.

The conference outlined a new tax law on microenterprises and SMEs in an effort to include them in the national economy and national tax base.

He pointed out that the government is serious about implementing the tax reform programme owing to its positive effects that are guaranteed to improve the investment climate.

The proposed law would see a percentage of SME income taxed, though some say this would be too great a burden on many of these informal companies which have never been included in the tax base before.

Foreign investment last year amounted to $5.8bn. In 2007, this registered approximately $13.7bn. This decline is a natural result of the application of the new tax law, according to Al-Mounayer.

He explained that the foreign currency crisis will directly affect the attraction of foreign investments.

The ministry will issue the executive regulations of the VAT law in a month, and will issue clarifications and detailed information on dealing with some of the activities. He said that many people still think that the VAT is a new tax, and they do not know that it is an alternative to the sales tax law.

He added that the Ministry of Finance has established a central unit for real estate dispositions at the Egyptian Tax Authority. The unit coordinates with the notary offices to raise the efficiency of collecting income tax on depositions, which amounts to 2.5% of the sale value. This would raise the current transactions to range between EGP 200–300m.

Ministry of Finance approves final calculation of 2015/2016 public budget with total deficit of 12.2%