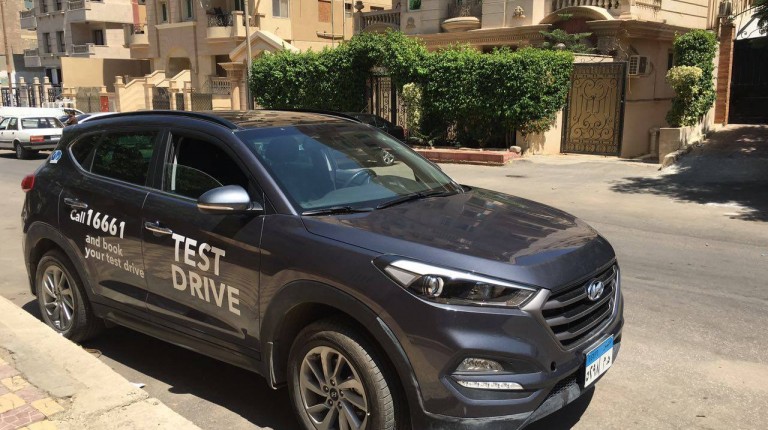 Upon invitation from GB Ghabbour Auto, Daily News Egypt test drove the Hyundai Tucson and reviewed its performance. The car was picked up in Katameya at Fabrica for second-hand cars, an office on the ring road that is affiliated with Ghabbour. The two-day test drive was conducted on Ain Sokhna road as well as in the streets of Cairo.

As one of the newest Hyundai cars, test driving the Tucson 2017 was highly anticipated. 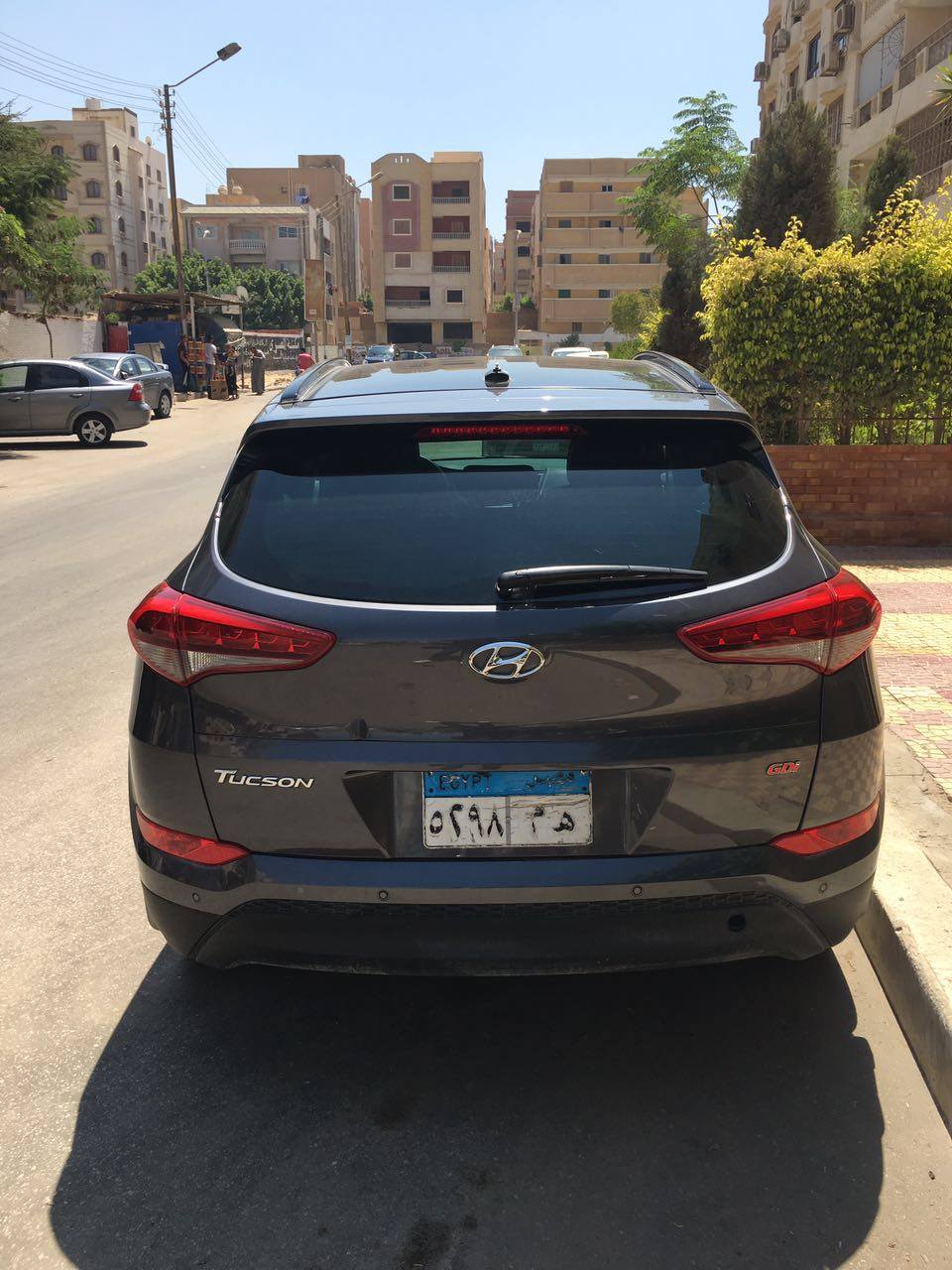 Tucson comes within the segment of family SUVs. In terms of its external design, the Tucson does not align with most other Hyundai models. The large front and bumper of the car reflects luxury and power; the sporty touch is attractive and fun, despite this being a family car. The front grill comes in a beehive shape. This model exclusively comes with mid-sized xenon lights, to add a touch of beauty to the car’s front, in addition to front and rear fog lights.

Under the hood, lies the power of the Tucson: a four-cylinder 1,591cc engine producing 130hp. The car is equipped with six-speed automatic transmission (Steptronic) and cruise control.

On the road, the engine’s general performance was ideal, as the car’s size helped significantly in rendering it stable. A flaw, perhaps, is that the car is not really suitable for crowded roads due to its large size—it is more suitable for travelling.

The Tucson has a 62-litre fuel tank.

The Tucson’s spacious interior provides comfort to its passengers, with leather seats and buttons to control most of its facilities electronically—the driver can answer or reject phone calls and control the sound system via the steering wheel. The car comes also with a USB port and Bluetooth for hands-free calls.

The car is also equipped with a multifunction air conditioner, a mid-sized multifunction steering wheel, and large gauges for easy readability— the dashboard has a special elegance.

Tucson has a noticeably large boot (488cm wide) with folding backseats that can extend the boot to the car. It has the capacity to hold at least 10 medium-sized suitcases. Moreover, the seat movement is controlled electrically.

The rear of the car is eye-catching; the back lights are broad, giving it an aesthetically pleasing form. As for the sides of the car, they are characterised by a smooth form, mid-sized wheels and 17-inch sports tyres, which lift the car off the ground by 182 mm, making it fit for off-roading. 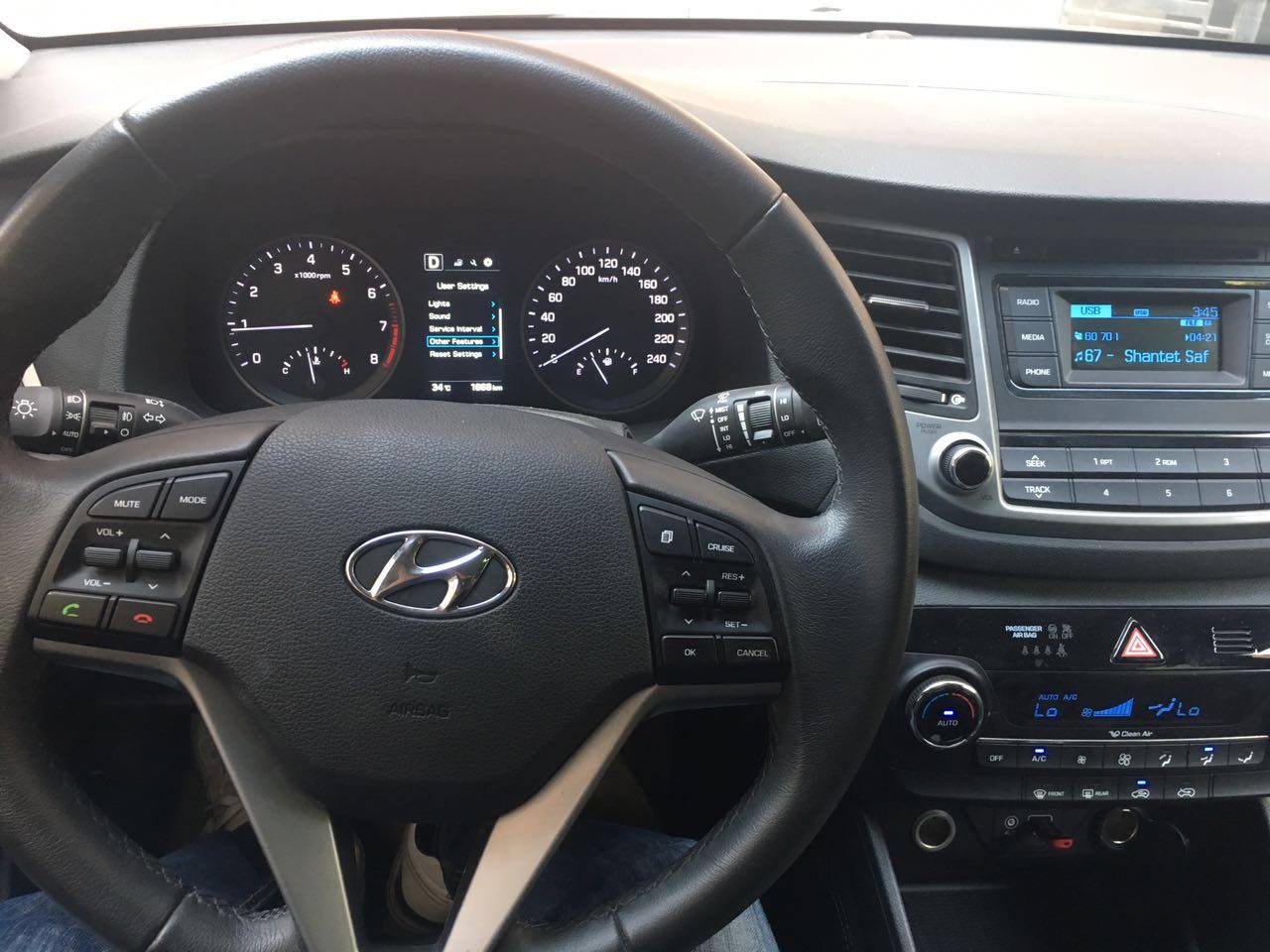 Tucson proved its efficiency on the road, especially across the twisting curves of the Cairo-Ain Sokhna road. Stability is very good and engine noise is minimal compared with other vehicles of the same class.

Tucson has good safety and security specifications. The cars are equipped with airbags for the driver and front passenger, in addition to ABS and EBD brakes systems, and an immobiliser alert system against theft.

Tucson has a clever system to make parking easier, especially in tight spaces and crowded streets, in addition to an audio system to alert. This model comes with a CD player, AUX and USB sockets, Bluetooth, and front and back electric windows with one-touch control. Tucson allows remote control opening and closing of doors, as well as height adjustment of the driver’s seat.  It also includes front and rear headrests, in addition to an electricity outlet, lighting inside the boot, and light-sensitive front headlights.

Despite its design as a family car, this model may actually be suited for long trips and off-roading around Egypt, rather than for hauling the family around Cairo’s crowded streets.

The Tucson is available in four standard specifications so the client can choose what best suits their requirements and lifestyle: A/T GL, 1.6, A/T GLS, 1.6, 1.6 A/T GLS Plus, and 1.6 A/T GLS Fully Loaded.