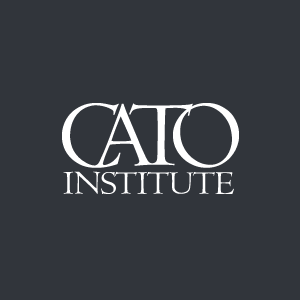 The Cato Institute, a libertarian and free trade think tank and major public policy adviser founded by the Koch brothers, released its annual report on the levels of economic freedom in the world. The report measures indicators of economic freedom, personal choice, voluntary exchange, and open markets. The economic freedom of the world report seeks to measure the consistency of the institutions and policies of various countries and is considered to be extremely influential by Washington insiders. It is compiled by the Cato Institute, the Fraser Institute, and 70 other think tanks around the world.

The report found that in 2015 global economic freedom increased slightly from 2014 to 6.85, despite a wave of protectionist measures which have been enacted since the 2008 crisis. Hong Kong and Singapore retain the top two positions with scores of 9.03 and 8.71, respectively. Other top scorers include Switzerland at 8.25; Canada, Georgia, Ireland, Mauritius, and the United Arab Emirates at 7.98; and Australia and the United Kingdom at 7.93.

Despite being considered the bastion of economic freedom, the United States stayed firmly ranked at 16th for the second consecutive year with a score of 7.75 as a result of the weakening rule of law, increasing regulation, and fallout from policies in the US’ war on terrorism and drugs.

The size of the Egyptian government decreased from 6.44 to 5.93 with minor drops in government consumption, government enterprises, and no change in transfers and subsidies.

Egypt also witnessed a minor improvement in its legal system and property rights in which judicial independence, impartial courts, and protection of property rights have all been strengthened from 2013—though they still remain below their 2010 figures.

Egypt’s freedom to trade internationally also fell due to a sharp increase in regulatory trade barriers, mainly from the steep fall in the compliance cost of importing and exporting and informal market exchange rates as a result of Egypt’s foreign currency crisis.

Egypt’s regulatory framework stayed the same with only minor improvements in labour market regulations. Business regulations weakened across the board with the increased burden of administration requirements, more bribes, and favouritism. However controls over the movement of capital and people improved with investment restrictions falling.

The report also focuses heavily on the decline in economic freedom in the United States, which was the world’s most free country between 1980 and 2000. The report mostly blames Obama’s regulatory framework for the slowdown in economic activity.

The additional of capital controls enacted after the 2008 financial crisis has reversed the Breton Wood’s system and the Washington Consensus ideology which saw the abolishment of capital controls en masse from the majority of the world. The report also states that the freedom of movement of capital and labour was largely constrained by 9/11 and the subsequent war on terrorism, which placed restrictions on foreign investment, trade barriers, information sharing, and foreign ownership.