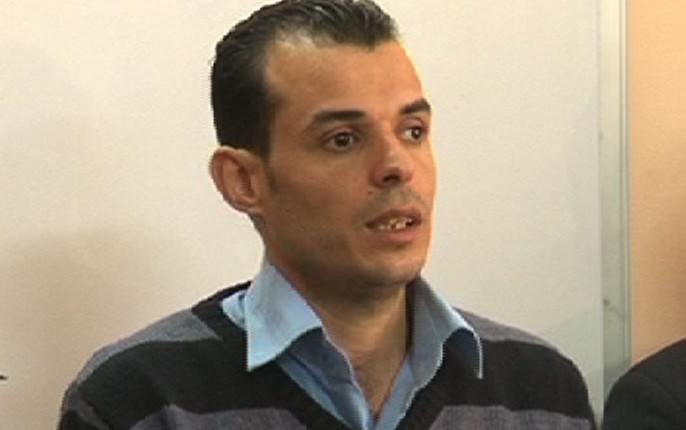 The Egyptian Commission for Rights and Freedoms (ECRF) criticised the detention conditions of 6 April Youth Movement coordinator Amr Ali, who was imprisoned on charges of protesting.

“Ali was placed in disciplinary detention for more than 10 days, pushing him to start a hunger strike in objection to his inhumane treatment in prison,” ECRF said in a Tuesday statement.

Disciplinary detention is applied against prisoners who violate regulations, but, according to the NGO, this only requires authorisation from the head of the prison department, without referencing the judiciary.

Solitary confinement is one of the disciplinary measures used in prison, in addition to being denied leisure time and family visitation—all of which Ali has been subjected to during his detention, according to ECRF. The NGO says that Ali has not only been isolated from the outside world, but from his fellow prisoners as well.

ECRF demanded that authorities interfere to stop what it described as “an unlawful and disturbing systematic practice against political activists which endangers their physical and mental health”.

On Tuesday, the Egyptian Centre for Economic and Social Rights (ECESR) filed an appeal against the verdict given to Ali.

Arrested from his house on 22 September 2015, the young activist was first handed a three-year prison term, on charges of inciting riots, unlicensed protesting, resisting authorities, and joining an illegal group.

Then, in July 2016, the court reduced Ali’s sentence to two years.

According to ECESR, Ali was accused—along with three other defendants tried in absentia—of possessing pamphlets which call for the overthrow of the regime.

The charge was brought up against Ali after the police arrested two people at Al-Marg metro station on claims that they were distributing such pamphlets. ECESR said the police never proved its claims.

In its Tuesday statement, ECRF mentioned other imprisoned 6 April activists, such as Ahmed Douma and Ahmed Maher, stating that they have suffered similar ill-treatment, including detention in solitary confinement. “These are usually the orders of the National Security apparatus,” ECRF stated.

Likewise, a social media solidarity campaign commemorated on Wednesday prominent activist Alaa Abdel Fattah, who has completed half of his five-year prison term on charges of violating the controversial Protest Law.