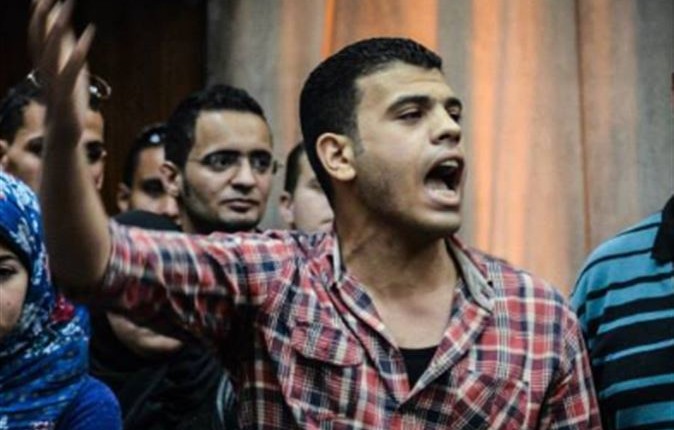 Detained journalist Mahmoud Al-Saqa was granted release on Thursday, according to head of the Press Syndicate’s Freedoms Committee Khaled El-Balshy.

Al-Saqa is to be released on a EGP 5,000 bail along with two others, Sayed Gaber and Ahmed Salem. They were all detained against the backdrop of the Red Sea islands protests in April, which objected the Egyptian-Saudi maritime border agreement.

The arrest of the Yanair Gate correspondent stirred tensions between journalists and the Ministry of Interior, after the police stormed the Press Syndicate headquarters on 1 May in an unprecedented incident.

Journalists protested for several days demanding the resignation of Minister of Interior Magdy Abdel Ghaffar, while in return the ministry accused the syndicate leaders of sheltering wanted suspects Al-Saqa and his colleague Amr Badr, who was recently released.

Consequently, El-Balshy, along with the syndicate’s president Yahia Qalash and secretary general Gamal Abdel Reheem, must stand trial for these charges.

In related events, a security campaign was carried against journalists and activists for the Red Sea islands case. Several of them, such as prominent rights lawyer Malek Adly, were accused of promoting false information for stating that the islands of Tiran and Sanafir were Egyptian lands and should not be transferred to Saudi Arabia.

This comes despite a verdict issued by the State Council on 21 June asserting the the islands are Egyptian. The verdict is being challenged by the government.