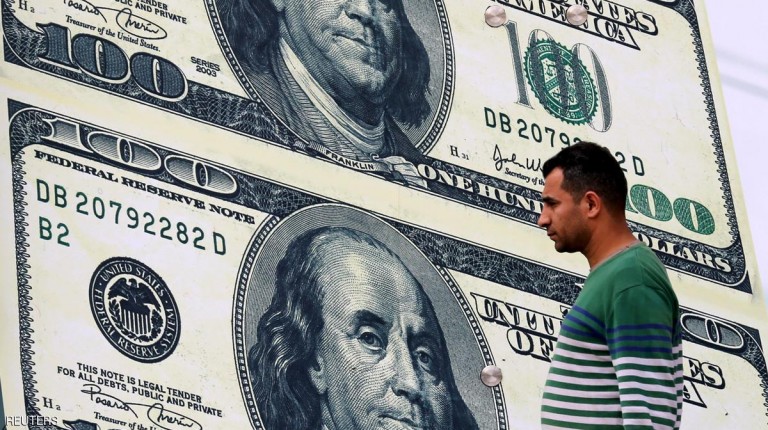 Egypt’s local markets are holding their breath in anticipation of an anticipated large devaluation of the Egyptian pound against the US dollar within the coming hours by the Central Bank of Egypt (CBE).

Some bankers and officials in the exchange market told Daily News Egypt that the CBE has two scenarios for the devaluation of the Egyptian pound. The CBE may either offer to hold an exceptional tender auction for the US dollar at more than EGP 8.88 to cover bank customers’ requests, or direct banks to increase the US dollar exchange rate on Monday.

The expected flotation of the Egyptian pound comes at an urgent time, as Egypt looks to submit a letter of intent to the International Monetary Fund (IMF) during their scheduled meeting this week, pledging to implement the required reforms to borrow $12bn.

Economic experts believe that Egypt has two choices, either to devaluate the Egyptian pound or lift subsidies on fuel before the IMF meetings, which will last from 7 to 9 October.

Beltone Capital Bank said the CBE would devalue the pound sometime this week ahead of its meetings with the IMF and World Bank. The CBE would also increase the interest rates on the Egyptian pound, ranging between 1% and 2%, so as to increase demand for the currency.

The complete flotation of the Egyptian pound is impossible in the current period, in light of the shortage of foreign exchange resources, according to Mohamed Abdel Aal, member of the board of directors of Suez Canal Bank and Arab Sudanese Bank.

He continued by saying that Egypt has a gap between state revenues and expenses in foreign currencies estimated at $65bn, so the complete flotation of the local currency without covering this gap would be a “catastrophe”.

Abdel Aal expects that the CBE will adopt a ‘controlled flotation system’, adding that the CBE would cut the value of the Egyptian pound against the dollar by 30%.

He pointed out that the CBE may devalue the Egyptian pound not all at once, but over an extended period, the first one would be in the next few hours and the second within two months.

He continued that he would prefer to postpone the devaluation of the Egyptian pound until Egypt obtains the first tranche of the IMF loan, and direct the other loans towards the implementation of the economic reform programme.

Tamer Youssef, head of Treasury at NGB, ruled out that the CBE would implement a complete flotation of the Egyptian pound against the US dollar, because the CBE does not have enough dollar reserve to protect the local currency.

It is well known that any changes in exchange rates by central banks globally are usually to prevent any speculation on the currency, and thus it is difficult to predict when the CBE will make its move, although all indications support doing this step within hours, according to Youssef.

He pointed out that the CBE’s move may be through an exceptional tender auction offered on Monday to provide foreign exchange to banks’ customers.

Youssef also said that the CBE may delay the move, especially now that the US dollar rose on the unoffical market to higher levels.

Although various local and global research centres assured that the CBE is to make a decision to reduce the value of the Egyptian pound this week, it is very difficult to say that it is expected, according to Osama El-Menilawy, the assistant general manager of the financial sector at a private bank operating in Egypt.

El-Menilawy explained that decisions on exchange rates are considered secrets of central banks that cannot be predicted.

The link between reducing the value of the Egyptian pound and the fall meetings of the World Bank and IMF is not precise, as the reduction of the value of a currency requires the intervention of the CBE to cover customer requests, which may cause a substantial reduction in the reserves and the fund will not accept this, according El-Menilawy.

Attracting foreign investments requires a full floatation of the currency, not a reduction of its value, added El-Menilawy.

He said that floating the Egyptian pound is a difficult decision and we will resort to it inevitably to eliminate the margin between the official and the unoffical rates, which currently amounts to 40%.

El-Menilawy believes that the consequences of floating the currency will not be harsh as some have predicted, especially since the majority of goods are currently priced according to the price of the US dollar in the unofficial market.

Contrary to market expectations, CBE fixes US dollar price in its regular auction

The currency’s devaluation is imminent: CEO of NI Capital