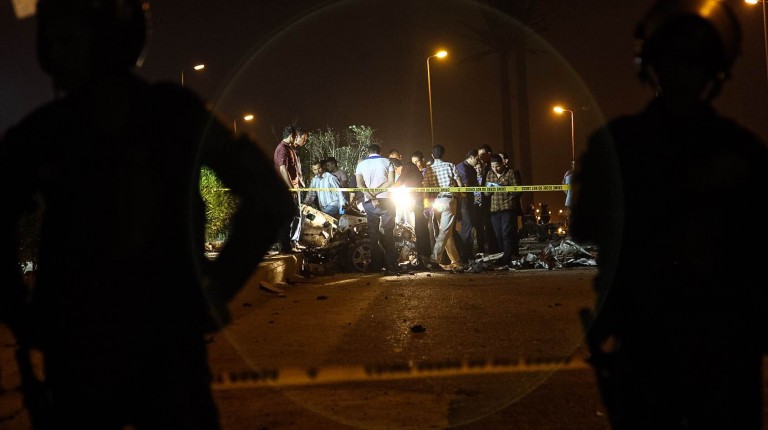 Last Thursday, a car bomb targeted the convoy of Abdel Aziz in New Cairo, as one citizen was injured.

The suspects were arrested in Helwan district during a security raid. The raid—a collaboration between National Security forces, and the criminal investigation bureaus in Cairo, Giza, Suez, Ismailia, and Sharqeya—was supervised by Interior Ministry General Gamal Abdel Bary.

Some of the arrested suspects are fugitives who had received prison sentences in cases linked to terrorism. They are accused of forming groups dedicated to carrying out terror attacks.

In July 2015, former general prosecutor Hisham Barakat was assassinated by a bomb which targeted his convoy.