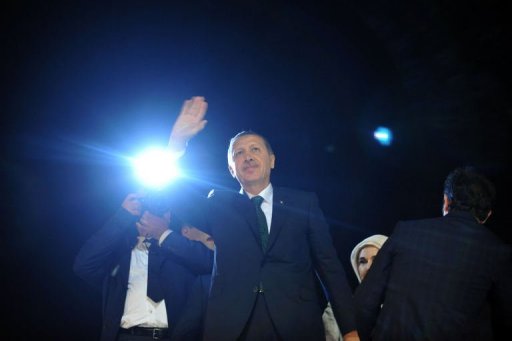 Egypt’s Ministry of Foreign Affairs refused on Monday to comment on the statements of Turkish president Recep Tayyip Erdogan in which the latter said that Turkey can only normalise relations with Egypt if it released former president Mohamed Morsi and his allies from prison.

The ministry declared in a statement that Egypt won’t comment on what Erdoğan keeps saying, as it contradicts with Turkish efforts to improve bilateral ties between the two countries.

In an interview with a Saudi TV presenter, Erdoğan stated on Sunday that the current Egyptian government came into effect as the result of a “military coup” that overthrew a democratically-elected government.

The Turkish president said that Morsi-era figures who are unfairly detained should be released, and that Turkey can normalise its relations with Egypt once relevant change happens. Erdoğan stressed during the interview that his personal stance is unlikely to change, despite normalised commercial relations.

Egyptian-Turkish relations have strained following the 30 June uprising, as Turkey described the events in Egypt as a military coup. Foreign Affairs Ministry spokesperson Ahmed Abou Zaid said earlier in an interview that bilateral relations can only mend if Turkey acknowledges the current government in Egypt and refrains from intervening in Egypt’s internal affairs.

In July, military personnel staged a coup in Turkey, which failed within a few hours. Following the attempted coup, persecution mounted against the opposition in Turkey and thousands of officials and workers were sacked from their positions.