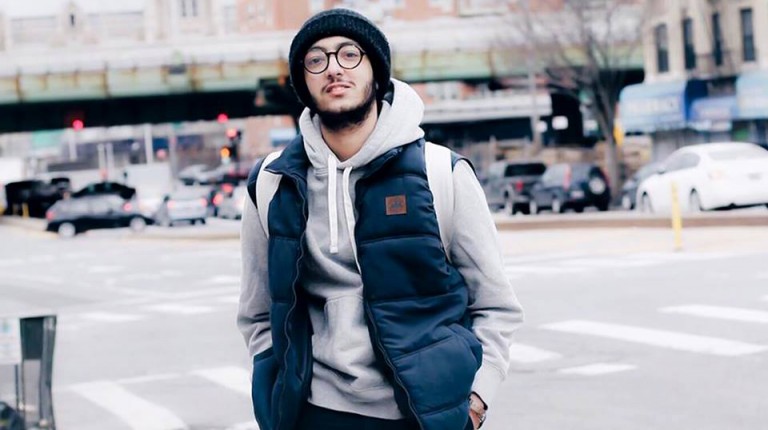 Former detainee Mohanad Ehab, 20, died on Monday after losing a battle against leukemia in a US hospital, amid claims that his health had deteriorated due to medical negligence during his detention in an Alexandria prison.

The story of Ehab’s death was the top trending topic on social media platforms on Monday, since the announcement of his death in the US. Hashtags and photos of Ehab went viral on social media.

Ehab was arrested in March, imprisoned for around three months, and then released from prison in July after public pressure called on the state to offer him proper medical treatment, given the deterioration of his health conditions in prison, according to online media outlets.

A month after his release, he travelled to the US seeking medical treatment to no avail, since the disease had already completely spread in his body.

Ehab seemed to have been a supporter of the Muslim Brotherhood regime, joining several protests affiliated to it, according to posts and photos on his personal Facebook page.

He was previously imprisoned twice. The first time he was 17-years-old, and he remained in a youth detention centre from December 2013 to April 2014, on charges of protesting against the regime. His second detention came in January 2015, as he was arrested on his way to a protest, his best friend claimed.

Marwan Tarek, one of Ehab’s close friends, told Daily News Egypt that his friend suffered from poor conditions in prison, which was the main reason behind his health’s deterioration. He explained that Ehab was not given mineral water, which he needed for his health condition.

Although he was transferred to a military hospital in Alexandria during his third month, the medical services provided were not enough to improve his condition.

Tarek did not provide details on how Ehab was treated in the military hospital, and did not specify when the leukemia in Ehab’s body became active.

Ehab had stated on his Facebook page that he was undergoing chemotherapy sessions while his hands were cuffed.

“We were able to send him clean food at the Borg Al-Arab prison, but only in exchange for money. Following his transfer to the hospital, clean food and drinks were easily passed to him,” Tarek said.

He also explained that Ehab was continuously vomiting blood and bleeding from his nose, and that he was not provided with proper medical treatment.

The detainee was imprisoned for three months, and was only provided medical treatment during his third month, which was still not sufficient, according to his family.

His infection with leukemia was genetic. Although he was already infected before he was imprisoned, the cancer became more active in detention.

In the beginning, Ehab’s parents and friends thought that he was only struggling with a blood virus. After testing blood samples, it turned out that he was infected with leukemia, Tarek said.

Following his release, Ehab wrote on his Facebook page on 28 July: “I am very ill and the results of the medical analysis or anything else are not showing any improvements. The situation is worsening everyday and the pain is no longer bearable.”

He continued stating that ”all treatment failed. I reached a point where I lost hope, and this was not expected at all. I have become fully aware that I will never fully recover.”

Although Ehab’s case remains unclear, his is another case that suffered from medical negligence in prison.

The Press Syndicate’s Freedoms Committee and other NGOs arranged several meeting and conferences to discuss the conditions of detainees, including journalists, highlighting that the majority is suffering from poor health conditions and is in need of a medical release.

There are several cases that document medical negligence in prisons, and the deterioration of detainees’ health conditions.