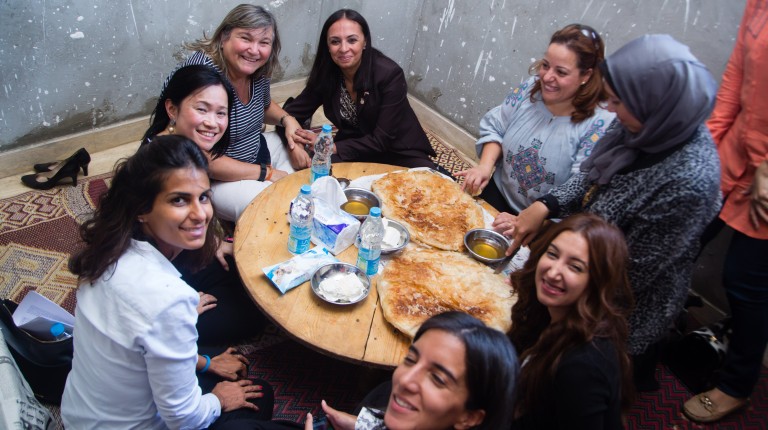 The past year heralded significant changes in promoting gender equality in Egypt. Almost a year has passed since the parliamentary elections of October 2015 that witnessed an unprecedented increase in the number of women seats in the parliament, now at 89, constituting up to 15% of the total seats. Those results heralded changes in dealing with gender equality issues.

Daily News Egypt spoke with Miwa Kato, country director of United Nations Women in Egypt, about her experience this year. Kato supported the female candidates as they ran for election, working together with the National Council for Women (NCW), and bringing attention to domestic violence against women for the first time.

What was the greatest achievement during your time as the UN Women country director?

How we touched the lives of women and girls across Egypt every day through our on-ground assistance projects and advocacy. We also managed to help elevate the narrative surrounding women empowerment, placing it at the core of national prioritisation.

What are the challenges you personally faced as a woman working in Egypt?

I do not want to be labelled as a single-issue advocate for women only. Real empowerment for women really only happens when we place the issues affecting women in the context of overall development and progress. Part of our mission at the UN is to ensure that our projects are not boxed into a certain angle. We do not want to forget the overall picture of human progress, so we created a slogan for our office’s work: “Empowering women, empowering Egypt!”

How do you evaluate the performance of women parliamentarians?

If you look at the history of the turbulent and challenging times Egypt went through since January 2011, the sheer fact that we have achieved the highest number of women parliament members in Egypt’s history is a major achievement in itself. UN Women had the pleasure of supporting them from the beginning, and I can tell you there are some very impressive and committed people among them. It is important that these MPs show that strong women representation leads to concrete gains for society, including, but not limited to, progress in legislative provisions and policies supporting women empowerment. Additionally, these gains in numbers are further translated in the upcoming election for the local councils, where the 2014 Constitution has guaranteed 25% women representation.

Do you think more women should be represented in the cabinet?

Yes, definitely. International experience and studies show that when you are a woman in a group of ten men, your actions are always labelled as a “woman’s actions”, while your gender may have nothing to do with your choice. However, when there are more than three, or ideally five, among a group of ten, people no longer label your actions based on your gender. This is the state we need to get to if we are to be serious about gender equality. Women ministers serve as important role models of actual decision makers to bring about a change in perception, which is essential for social transformation. Many of us only relate to new concepts and possibilities when we see it happening in our own lives and surroundings. We need more examples to change people’s minds.

To what extent were government officials cooperative in facilitating the work of UN Women over the past year?

Government officials are very aware of the need to improve current bureaucratic challenges, some of which stem from the past five years of turbulence in the country. The UN is here to support these processes as we do in all countries, aspiring to provide good services to citizens and cooperate with partners.

We made sure all our work was supportive of the government’s priorities of bringing about social progress and inclusive growth, and designed our assistance to women empowerment in the context of these priorities.

How do you evaluate the current progress of the Sustainable Development Goals (SDGs) in promoting gender equality in Egypt?

Like many countries around the world, the challenges that face the process of moving towards realising the ambitious goals of the SDGs are big, especially in relation to Goal 5, where we commit to gender equality by 2030. However, Egypt already has given itself a good head start by volunteering to be one of the countries taking up the challenge of voluntary reporting on SDGs to the high-level panel and should be commended for this pro-activism. The National Strategy on Women will provide opportunities to align plans of concrete action that help support the government’s priorities, as well as reach the goals addressed in the Sustainable Development Strategy: Egypt Vision 2030. I am confident that the courageous and insightful people of Egypt will prioritise to empower women in accordance to the SDG implementation.

Who was the woman/girl that most inspired you here?

It is hard to name only one as I had the privilege to meet so many inspiring women and girls. I admire Azza Fahmy who stepped out of her comfort zone by breaking social barriers for women, and became the first Egyptian master designer of woman jewelery and a successful entrepreneur in the Arab world. Caroline Maher is another inspiring role model, especially for young people, who broke barriers for women in sports as the first Arab-African woman to be indicted to the international hall of fame of taekwondo champions. The fact that she was one of the 28 MPs appointed by the president gives me great hope for Egypt.

I will also never forget Dina Nagy from Manshiet Nasser who had the courage admit and denounce the sexual harassment that she was exposed to, and who later became one of our volunteers helping to raise awareness for others through our Safe Cities-inspired programme. Now at age 19, the originally shy teenager transformed into an inspiring “young women agent of change”, and actively helps others in need through daily action on the ground through “Knocking on doors” and other campaigns.

These are the kind of women and girls of Egypt that inspired me to continue working on supporting this country. I will always keep these treasured images and inspirations from Egypt and their incredible people close in my heart.