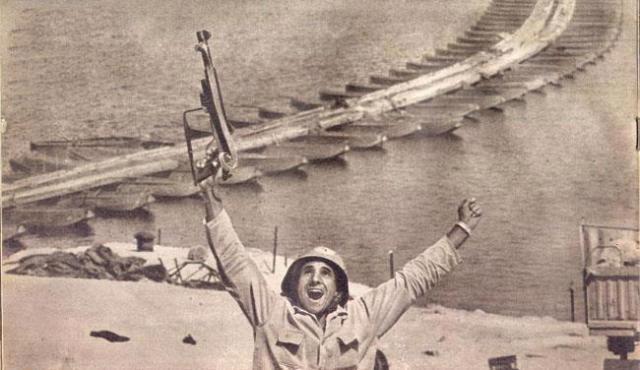 Khaled Raafat, director of the Tiba Center for Political Research and Political Studies, filed a lawsuit on Saturday against Cairo American College (CAC), located in Maadi, accusing the school of teaching alleged false historical information to students regarding the 6 October war of 1973.

Rafaat told Daily News Egypt that the case started in March 2016 after a parent informed him that her grade 10 son that was studying in the CAC school said ”that Israel had defeated Egypt in the 6 October war, and returned Sinai to Egypt out of kindness and its love for peace.”

The director condemned this, saying that it was a distortion of Egyptian history, adding that in the school there were a number of Egyptian students who would be receiving inaccurate information about their country’s history.

Since learning about the issue, Rafaat has attempted to contact the ministry three times for a response or action but nothing was done and no response was given. The students have started the new academic year without any change to their American syllabi.

“In March, I contacted the Inspection Department in the Ministry of Education and they said that they were not concerned with this issue and that the school was affiliated to the American embassy. They also denied any relation to the school,” Rafaat said.

Refaat explained that he contacted the minister three times, in the first two times they did not respond, but in the third time the ministry responded saying that the school is not affiliated to it.

Local media reported about a statement from Ministry of Education spokesperson Bashir Hassan, who denied the ministry had authority over the school, adding that it falls in the hands of the Foreign Affairs Ministry, which will contact the US ambassador for clarification.

Members of parliament in the Education Affairs Committee said that they will follow up on the incident with the school and arrange a visit to verify the grounds for the complaint, as well as demand clarification from the ministry on the issue, local media reported.

Daily News Egypt attempted to contact the embassy but they were not available for comment. The school media office was also contacted but no further information was provided.

Rafaat concluded that he has not yet obtained accurate information on which body the school is affiliated to, as the ministry and the embassy are both denying their relation to the issue. He added that it is a ”farce” that such an issue is taking place without any serious confrontation from the ministry.

The school was founded in 1945 following World War II, after a great number of Americans came to live in Egypt. A group American nationals founded the school as a means to educate their children.

During the 6 October war anniversary, the state and media have maintained their tradition of celebrating the war as an Egyptian military victory.

What is left of ‘October’s Sinai’?