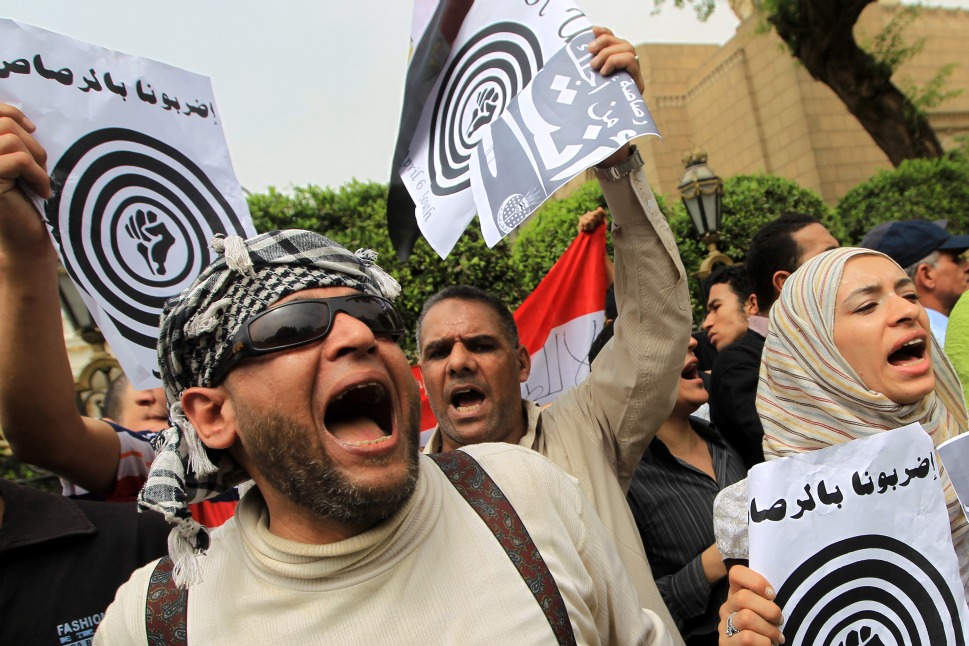 The prison sentences against the defendants were mitigated to 10 years in the first session of their retrial. Previously the court had given them life sentences.

The defendants say they will also appeal Saturday’s court ruling.

The three defendants were arrested along with seven others while heading to the funeral of deceased colleague Ahmed Al-Masry.

Several members of the movement are serving harsh prison sentences. The movement was involved in clashes against the Interior Ministry during several prominent political events that took place over the past five years. It was one of the movements that  participated in the 25 January revolution that led to the overthrow of former president Hosni Mubarak.

The movement activities were banned by the court in April 2014, due to accusations of  distorting of Egypt’s image and espionage for foreign countries.