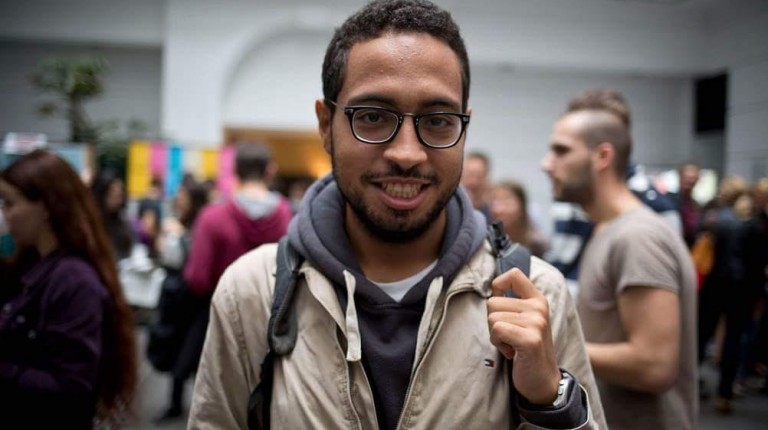 The story of 28 Christians who were killed under the tanks or by the bullets of the Egyptian military the night of 9 October 2011 has already been told. Demonstrators moved from the Cairene neighbourhood of Shubra and along the shore of the Nile before they were violently dispersed in front of the state television building. After five years, 9 October has become a reutilised ritual observed only by a few. For the majority, however, it is seen as a waste of time and amounts to a “pile of rubbish”.

Last year, when I wrote an article about Maspero, I mentioned the details of the incident, which included the stories of the causalities and their relatives who had the burden of retelling their stories. For me, the burden was a different one altogether. It was one of irony. The military currently acts as the absolute protector of the Coptic congregation and since the removal of former president Mohamed Morsi in July 2013, military tanks and guns guard many Christian places of worship in different parts of Egypt.

This year I want to trace how Maspero might be a ”pile of rubbish” that exposes the fragmented religious lives of Coptic Christians.

For Copts, as for many other Egyptians, the yearlong period of the Muslim Brotherhood’s  leadership within the government from June 2012 to July 2013 internalised major fears that overshadowed what happened in Maspero. One could also argue that the air of Islamisation that controlled Egyptian society and the public sphere following the ousting of former president Hosni Mubarak in 2011 promised a hard time for the largest minority in the Middle East.

During that time there was complete exclusion from high political positions along with an unprecedented attack on the Coptic Cathedral in Cairo’s Abbassiya district in April 2013. This was compounded by the continuous flow of offensive speeches on various mass media agencies by Brotherhood-backed Sheikhs. Consequently, the Coptic community realised that memories of past events were complicated by the problems and sufferings of the here and now.

It was not strange to find that there was huge support from the Coptic community for the mass demonstrations of June and July 2013 against Morsi. It was not strange to witness the appearance of the Coptic Orthodox Pope, Tawadros II, who was appointed in November 2012, to be seen sitting next to Abdel Fattah Al-Sisi when he was minister of defence declaring the end of the Brotherhood’s ruling.

It should be mentioned that many Copts saw the Islamist group not only as a threat to their political ambitions but to their religious lives. The era of the Brotherhood was seen as a recreation of the martyrs’ age of early Christianity when the Romans persecuted the followers of Jesus. Serious questions about the stability of faith merged insoluble realities together. Copts had no choice but to take sides–to forgive an enemy for the killing of their own. The blood of the Maspero “martyrs” had to be forgotten for the prevention of further bloodshed. Previous narratives about what occurred in Maspero had to be twisted and adapted to what would serve pragmatic interests.

While the massacre of Maspero raged, an Egyptian television host asked “honourable Egyptians” to support the military against the “Coptic citizens”. When the murdered dead bodies were piled up as “rubbish” by the Nile and in the hospitals, Islamists appeared on their private satellite channels also brutally blaming Copts for being “criminals and bullies”. Only a few liberal and socialist activists together with Coptic social movements openly accused the Supreme Council of the Armed Forces (SCAF) and its head, Mohamed Hussein Tantawi, of using irrational violence against the protestors. They argued that even if some of the demonstrators were armed, this should never be an excuse of what happened.

Five years after the massacre, many Copts chose to keep silent and to marginalise the anecdotes of the “martyrs” from their everyday lives. The commemoration of Maspero is routinely shortened to a liturgy within the walls of a church in the outskirts of Cairo, where most of the  martyrs” are buried. Every year, currently divided Coptic social movements pessimistically ask for a fair investigation with no hope of getting one.

This routine has been challenged once again when Islamists burnt dozens of churches, particularly in Upper Egypt cities and villages known for supporting Morsi. This news comes along with the killing of a couple of priests in the Sinai Peninsula. While these events have happened, the church has witnessed the historical appearances of now President Abdel Fattah Al-Sisi on Christmas Eve both in 2014 and 2015 in front of the alter at the Coptic Cathedral.

President Al-Sisi promises to rebuild the burnt churches and to protect the Coptic community. This certainly creates friction and inconsistency over the events of Maspero as it must now exist  in the backdrop of the contradicting words of a person who was a member of the SCAF in October 2011.

Similar to its victims, the massacre of Maspero as an event has been duped as a “pile of rubbish”. Many social scientists used the signifier “rubbish” in reference to a fragmented presence of an unknown past that can, however, explain and be explored. Put differently, rubbish is composed of random elements that are unorganised and unclean. Nevertheless, it holds positive meanings as well. It is a reminder of what was destroyed, of what has become ambiguous and uncertain.

Forgetting Maspero and wasting its memory greatly reflects the difficulties of living as a religious Christian in contemporary Egypt. Russian writer Tolstoy wrote that a good Christian should always live beyond the control of the state. For Tolstoy, the state constructs enemies as intrinsic conditions of existence. Therefore, under the flag of the state, one should be a parasite, should live on the account of others.

Many Copts prefer to stop thinking about Maspero. To get rid of their new enemy, the Islamists, they should ally with another to survive and to move on. Hence, the new narratives that emerged in the previous two years condemning the Brotherhood for Maspero might be a solution. Another may be following the official statements made by the Coptic Orthodox Patriarchate and its clerical order, to back the army in its brutal dispersion of the Brotherhood sit-in of Rabaa Al-Adaweya in August 2013. This massacre that resulted in the murdering of more than 1,000 of Morsi’s supporters prove how the biblical verses that urge Christians to love, to pray, and to help their enemies stand face to face with reality and prove themselves hard to follow.

Mina Ibrahim researches the everyday religious lives of Egyptians. He is now a doctoral student at Justus- Liebig University in Giessen, Germany.