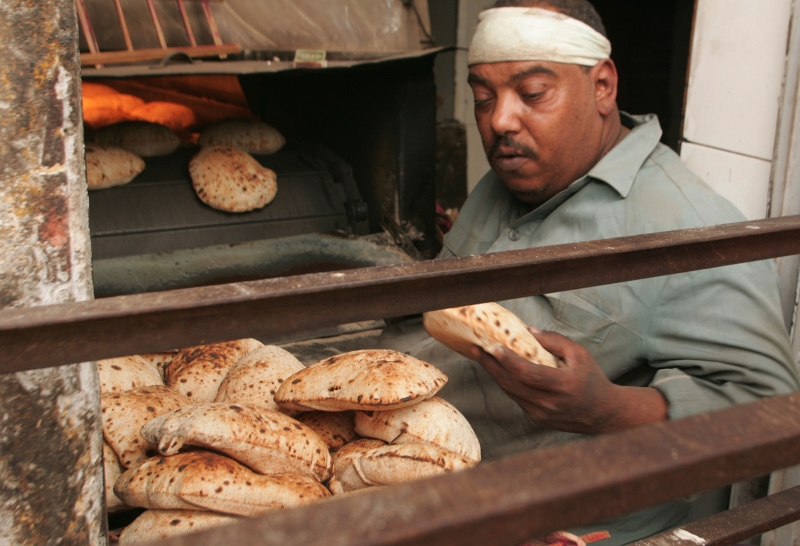 The Central Agency for Public Mobilisation and Statistics (CAPMAS) reported Monday that the consumer price index (CPI) for September registered a decrease of 1.3% compared to 1.9% in August.

This means prices increased at a rate of 1.3% in September.

The statement attributed the increase in the rate of inflation to price hikes on commercial goods for tobacco and related products by 14.9%, sugar and sugary foods by 5.5%, oils and fats by 5.3%, vegetables by 2.1%, meat by 1.8%, and transportation services by 0.6%.

Electricity and gas registered a decreased by 2%.

The annual inflation rate this September was 14.6% compared to 16.4% in August, which was the highest rate in eight years.

Food and beverage prices registered an increase of 0.7%, representing a 0.38% increase in CPI compared to July.

Housing, water, electricity, gas, and fuel services recorded a decrease by 2%, contributing 0.25% in CPI compared to August as the price of gas decreased by 19.2%, according to CAPMAS.

Varied goods and service prices increased by 2.4%, which represents a 0.06% increase in CPI compared to August due to the rise in the price of gold by 5.1% and personal care products by 28.4%.

Eman Negm, an economist at Prime Holding, said the month’s record came slightly below her expectations as she predicted the annual inflation rate for September to stand at 14.5%. The prediction mainly falls on the back of favourable base effects as September 2015 witnessed an annual increase of prices by 9.2% compared to 7.9% recorded in August 2015.

A factor that stands out is the application of the value-added tax (VAT) in the middle of the month, she noted, adding that while it had registered less of an effect in September, its effect will be greatly felt in October’s record, as she expects a rate of 14.3%.

Negm said that her forecast for October’s inflation rate decreased from her previously estimated 15% due to recent TV and government campaigns that have aimed at decreasing the prices of the main commodities of the food and beverages basket, which compose around 40% of the general CPI index.

She places the average annual inflation rate for the fiscal year (FY) of 2016/2017 at 14.2%, taking into consideration the application of the VAT, and expected increase in energy prices for factories. The figure also takes into account the additional easing of oil subsidies by the beginning of next year, as well the expected flotation of the Egyptian pound by the end of the current month. With unofficial exchange rates revolving around EGP 11.5 per the US dollar, the current foreign currency crunch has lead to increasing import costs.

After two months, food and beverages section has surprisingly relaxed, recording 19.3% and 18.4% in August and July, respectively, against the annual inflation rate, she said.

The rate came below her previously expected rate at 20% for September.

The increase in the meat and poultry section represented more than 26% of the food and beverages basket due to the seasonal effect of Eid Al-Adha, says Negm.

She added that VAT’s effect would have been larger, but thanks to the recent TV and government campaigns that aim to soften the sharpness of the tax’s application.

Mohamed Farid, president of Dcode Economic & Financial Consulting, said: “The rate was not high because the Egyptian pound did not suffer harsh effects in September, which resulted in less of a price increase. However, the subsequent months’ increases would be unpredictable due to the flotation of the Egyptian pound and other factors.”

Meanwhile, banking experts predict that inflation rates will increase to 20% or higher, spurred by price hikes of most goods on the Egyptian market; the application of VAT, and the anticipated devaluation of the Egyptian pound.

Haitham Abdelfatah head of a treasury sector at Industrial Development & Workers Bank of Egypt, said: “In light of an upcoming devaluation in the value of the national currency and cutting fuel subsidies, an inflation wave is highly expected.”

“It should even be more violent with the VAT coming into play,” he added.

Abdel Fattah expected inflation rates to rise above 20% within a few months, compared to 15.5% in August 2015.

This would push the Central Bank of Egypt (CBE) to increase interest on the Egyptian pound by 2%.

Vice head of the treasury sector in a foreign bank operating in the local market, Mohamed Hussein had more moderate expectations, estimating the increase in inflation to reach 17-18%.

He attributed his expectations to the application of VAT and the shortage of some goods on the market; however,  he ruled out the impact of the devaluation of the currency on inflation rates.

He explained that the market has already absorbed the rumors of an upcoming devaluation, noting that most commodities have been imported at higher US dollar prices; hence, a CBE devaluation would not impact importing operations.