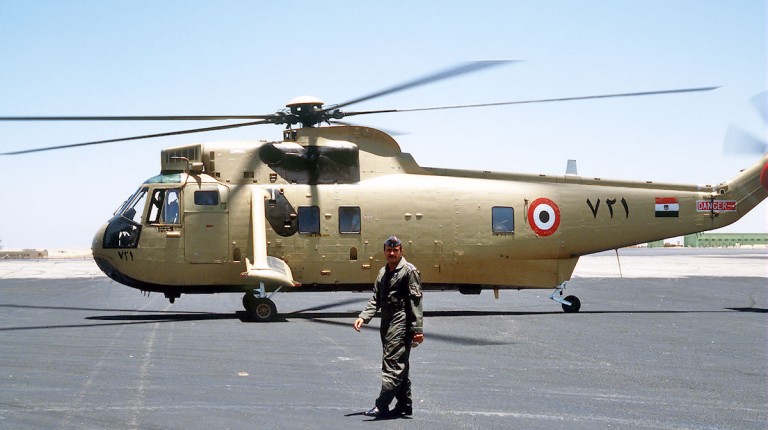 In efforts to strengthen and restore relations to mirror those of the 1960s, Russia is in discussions with Egypt to establish some military facilities, including an air force base on Egyptian soil, Russian newspaper Izvestia reported on Monday.

The air force base would be operational by 2019 if an agreement is reached during bilateral talks, the newspaper reported, citing a high-ranking official from the Russian foreign affairs ministry who remained anonymous.

According to the report, this base is expected to be located near the north-west city of Sidi Barrani that overlooks the Mediterranean and a limited number of Russian forces would be stationed there. The Egyptian side has agreed to solve any obstacles or challenges the Russian may encounter there. Bilateral talks also touched on the possibility of Russia participating in the rebuilding of some military outposts in Sidi Barrani.

Contrary to this report, the armed forces’ media office told Daily News Egypt on Monday: “The Egyptian Armed Forces has nothing to do with the circulated report of a potential Russian air base in Egypt. The Foreign Ministry and the presidency are the only apparatuses authorised to deny or assert the authenticity of this news.”

The issue is “more political than military-related” and if the army is indeed related, the official spokesperson will immediately issue a statement, the media office said.

Russia Today has received an official rebuttal from the Ministry of Defence regarding the authenticity of Izvestia’s report, the news outlet claimed.

Neither the presidency nor the Foreign Ministry were available for comment.

Until 1972, Russia owned a naval base in the Sidi Barrani city that was used to monitor the movement of US warships.

The current government in Russia is keen to possess military bases away from Russia’s borders, giving it a wider scope against potential threats. Last week the Russian defence ministry declared that it was considering restoring its military presence in Cuba and Vietnam.