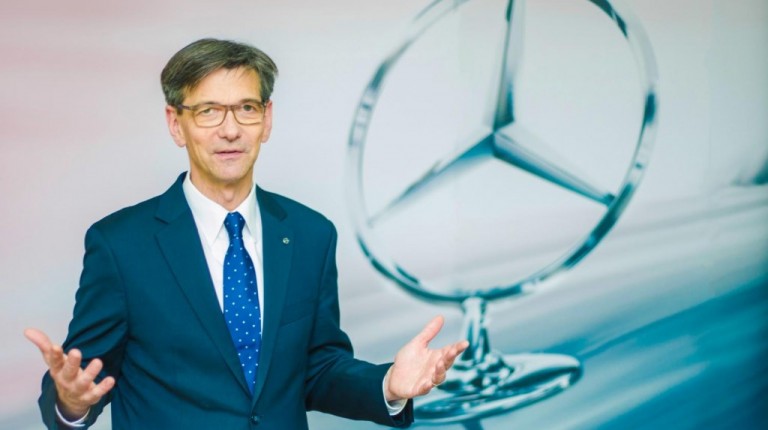 Mercedes-Benz Egypt CEO Thomas Zorn had a friendly meeting with a number of journalists, marking his first appearance since he took over the company at the beginning of this year.

While Zorn has never worked in Egypt, he appeared to understand the Egyptian market well and the poor situation of his company this year, as the company witnessed a significant decline in the market, which irked Egyptian clients due to the scarcity of Mercedes models in Egypt.

However, Zorn said that Mercedes has enough time to restructure itself away from any pressure, which will enable the company to restore its natural position in the local market.

What do you think about the company’s recent statement about its current agent Sami Saad and the rumours about the recent dispute between the company and Saad? Did the company receive any offers from anyone else in the business community to obtain its agency?

Mercedes-Benz Egypt represents the parent company’s regional office in Egypt. We have a very good relationship with Sami Saad, but his contract with the company as an exclusive agent will end by the beginning of 2018. However, Saad will remain as the company’s distributor for our products in Egypt, as he injected millions to invest in our products and took part in the company’s success in Egypt.

As for new offers, we will not discuss this issue during the remainder of this year, but we may see if the company needs new distributors next year.

How do you see the company’s absence during the government’s recent meetings to solve the customs crisis and the private market issues?

As a matter of fact, we did not deliberately miss these meetings, and we have tried hard to resolve the company’s crisis with the customs authority, but we cannot disclose these negotiations. We currently work to resolve all the problems to restore our normal activities.

Some customers complain about the lack of spare parts in the company’s authorised service centres, is that true?

I am following all customers’ problems regarding the shortage of spare parts and we are working hard to solve these problems. There was a lack of a few spare parts due to the company’s inability to open stable letters of credit to provide customers’ needs because of the current economic unrest in the country.

Many companies solved this problem and secured their needs of foreign exchange from the informal market, why did Mercedes not adopt this solution to provide spare parts for its customers?

Mercedes-Benz Egypt works in accordance with global and local rules, and we cannot rely on the informal market, because this action is illegal.

Does the company intend to reconsider local assembly, especially as the Egyptian government seeks to support the assembly industry?

We did not rule out the automotive assembly industry, but we are waiting for the release of the state’s new automotive strategy to study the situation again. We have many other plans under consideration, but I cannot disclose them now—not until the Egyptian market restores its stability and the government issues all the private sector laws.

How do you see the informal auto market, especially as many traders have imported large numbers of cars without informing the company?

We are aware of all the cars that enter the Egyptian market, but we still respect the local laws that permit imports in the informal market, knowing that the customer has the right to choose.

There are rumours that your company refuses to perform maintenance on cars coming from the informal market. Is this true?

This is not true at all. Mercedes’ customers all over the world are treated with respect, and they are entitled to enter our service centres—we have never rejected any customer.

What are Mercedes’ plans for this year?

We are now developing all our exhibitions to provide the newest technology in displaying our cars, in parallel with the other changes carried out by the parent company all over the world. These developments were conducted in collaboration with our authorised dealers. In addition, we have many surprises for our customers in the coming period.