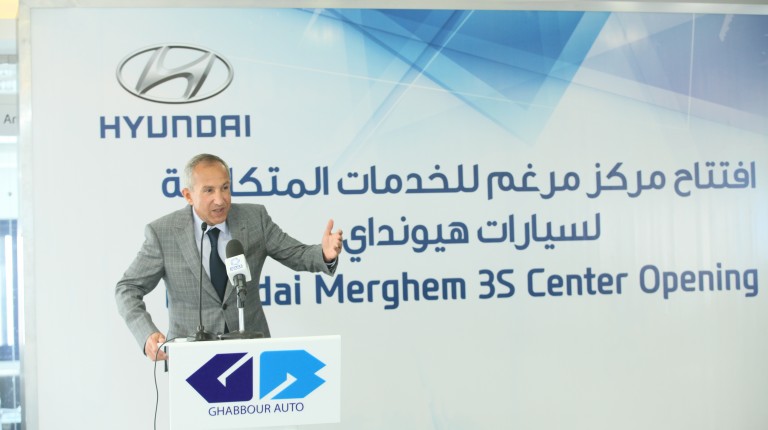 Raouf Ghabbour, chairperson and chief executive officer of Ghabbour Auto (GB Auto), ruled out the group’s desire to obtain more dealerships and agencies of international brands in the current period.

He told Daily News Egypt he was happy with the company’s achievements, noting that the priority is to improve the agencies and dealerships in hand and spread across the republic.

He added that those expansions are not limited to sales centres and exhibitions, but also include maintenance and service centers.

Ghabbour refuted rumours about the company moving to acquire the Skoda dealership in Egypt. “It was only a proposed idea, but it cannot be implemented,” he stressed, adding that the company is focusing on improving the services it currently offers.

The Czech company had announced that GB Auto proposed a request to acquire the dealership, which was denied as GB Auto operates other conflicting dealerships.

He noted that it is difficult to own the entire automotive market in Egypt. “No matter how big the company becomes, it is still operating at a certain capacity.”

Meanwhile, he expressed his support for Hassan Aboul Fotouh, saying that GB Auto Group is at his disposal, being one of the great men who served the sector, as he put it.

With regards to the Egyptian Automobile Manufacturers Association (EAMA) meeting with Minister of Industry Tarek Kabil in September, Ghabbour said that the Egyptian automotive sector has been seeing positive steps taken by the government in its support, despite the many obstacles, such as the hard currency shortage.

He explained that the cabinet approved the automotive strategy over two months ago, but it was not discussed as the value-added tax (VAT) was prioritised by parliament.

He stressed that he would be the government’s biggest critic if it slows down on the decision. “But now, the government is moving steadily,” he said.

As for the US dollar shortage, Ghabbour said that the solution is to fully float the Egyptian pound, in parallel to attracting more investments and stimulating production.

He noted that the size of Egyptian imports amounts to $60bn per year, versus exports of $22bn, resulting in a deficit of $38bn.

He explained that the gap is bridged by remittances worth $19bn and $5bn from Suez Canal revenues, leaving only $14bn that could be bridged through floating the Egyptian pound.

He explained that the flotation will be reflected on the Egyptian economy, where it will attract businessmen and companies to invest in Egypt, knowing the real value of the Egyptian pound against the US dollar.

Ghabbour said that the group’s target to establish more service and maintenance centres is not related to the decline in global auto sales.

He noted that the company expects an increase in sales by the end of the year, adding that the only reason for focusing on service centres is searching for profitability.”Investing and real gain is not in selling vehicles, but in after-sales service, maintenance, and spare parts.”

He pointed out that the Egyptian market now has 250,000 cars from GB Auto, which acquires expanding service centres to reach all clients.

He stressed that all clients have access to spare parts. “I challenge you to find one client who cannot find a spare part for a GB Auto vehicle.”

GB Auto business unlikely to be impacted by VAT: Ghabbour