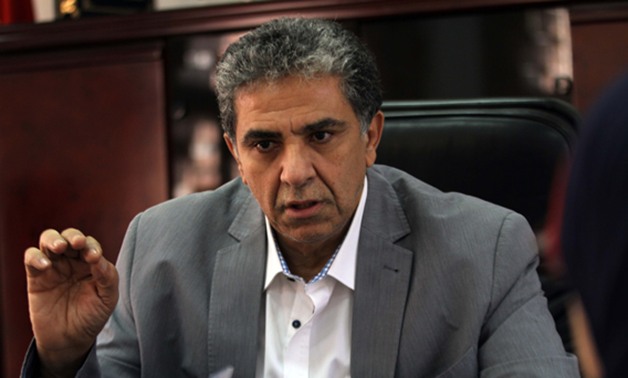 Ahmed Hosny, a lawyer at Habi, told Daily News Egypt that the lawsuit came after a number of letters between the centre and the Environment Ministry as well as the cement factories administrations urging them to disclose the studies.

The ministry replied once, saying it will respond to one of their letters and that it will disclose the studies soon, but did not mention a date. In a follow-up letter, Habi threatened to file a lawsuit if the studies were not published.

The lawsuit is part of Habi’s ongoing efforts to promote corporate accountability and a campaign against the violations committed by cement companies, which started following the transfer of cement plants to coal use.

In early August, Ahmed Abou El-Seoud, head of the Egyptian Environmental Affairs Agency (EEAA), told Daily News Egypt that publishing the studies for the public to read should not matter because “they are too technical to understand”.

Hosny cited the Environment Law, which stipulates that environmental impact assessment studies be made available to the public and penalises factories that do not publish them.

“The aim of this lawsuit is to see if there was actually an environmental study made or not,” Hosny said.

New amendments were made to the Environment Law code of conduct in April 2015, under Ibrahim Mehleb’s cabinet, to officially integrate coal into the energy mix by the end of 2015. The move reversed the previous decision to ban the importation of coal due to its potential health impacts.

The amended code stated new rules in shipping and importing coal, and delegated the Ports Authority to monitor this process. It also banned the use of coal for any industrial facilities located near residential areas, although permission could be granted through the prime minister in exceptional cases.

In response to lawsuit, Environment Minister says coal is being used within strict measures

90% of cement factories agree to use coal in their production: Industrial Development Authority