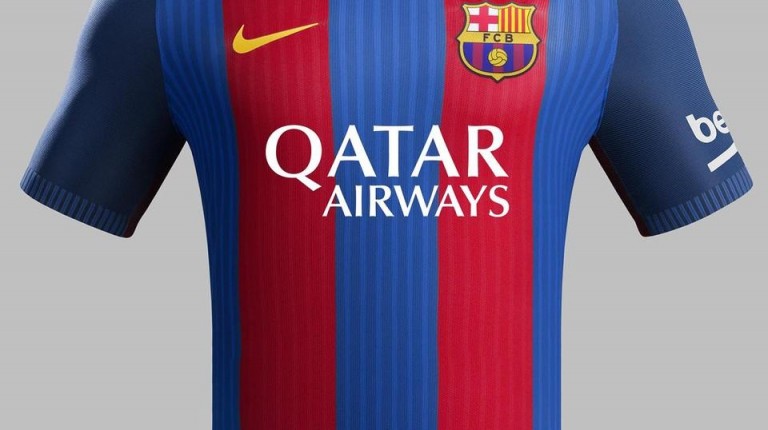 The soccer soft power contrast between Qatar and Iceland speaks volumes. A comparison of the strategies of both countries demonstrates that it takes more than money to leverage soccer to create political, geopolitical, and economic opportunity.

Money and world soccer body FIFA’s desire to take one of the world’s foremost sporting events beyond Europe and the Americas helped Qatar win the right to host the 2022 World Cup. Six years after the award, Qatar is a nation under fire by human rights and labour activists for its controversial labour regime. The country has yet to convincingly counter widespread suspicions of wrongdoing in its campaign to win its hosting rights, and is suspected by pro-Israeli circles, Christian conservatives, and Arab detractors of supporting militant Islamist groups.

Iceland is a nation that is emerging from virtual bankruptcy in the wake of the 2008 financial crisis. It lacked the funds to mount the kind of high-profile, flashy sports diplomacy that is central to Qatar’s soft power strategy. Rather than focusing on attention-grabbing moves, Iceland built its strategy around performance on the pitch that took many by surprise and embedded it favourably in the consciousness of soccer fans across the globe.

Oil and gas money has bought Qatar entry into the boardrooms of major corporations, catapulted into being a major player in financial markets, and allowed it to employ sports, arts, air transport, high profile real estate acquisitions, state-owned broadcaster Al Jazeera, and a high-powered, fast-moving, mediation-driven foreign policy as building blocks of its soft power. The strategy has enabled the tiny Gulf state to punch above its weight. It has also allowed Qatar to host multiple international sporting events and international conferences that have helped put it on the international map and develop niche tourism.

What all of this did not buy Qatar is popularity and respect beyond the corridors of power. British You Gov polls showed that 77% of Brits and 90% of British soccer fans believed that the awarding of the World Cup to Qatar was the result of bribery and corruption. 78% favoured the tournament being moved to another country. A similar survey concluded that Qatar Airways had succeeded where the hosting of the World Cup had failed: 96% of those polled rated the airline from positive to very positive.

Nonetheless, Qatar Airways’ sponsorship of FC Barcelona, which figures prominently in the airlines’ advertising, was extended in July despite an online petition last year that called on the club to ditch the Qataris as its shirt sponsor unless it “treats its workers fairly”, and attracted within days more than 50,000 signatures. Beyond being a sponsor’s worst nightmare, the petition constituted a first indication of a potential groundswell of fan opposition to Qatar’s hosting of the World Cup. There is little evidence that Qatari reforms of its kafala or labour sponsorship system—that have introduced change but not fully abolished it—have substantially improved the Gulf state’s image.

Qatar’s reputational issues were highlighted this month when the Netherlands Trade Union Confederation (FNV) gave FIFA three weeks to avoid legal action in a Swiss court on behalf of a Bangladeshi migrant worker, Nadim Sharaful Alam. The FNV, the biggest union in the Netherlands with 1.1 million members, is demanding in the first such legal challenge targeting FIFA that the soccer body admit that it should have demanded abolishment of the kafala system as part of the awarding process or concede that the World Cup should not have been awarded to the Gulf state.

In contrast to Qatar, Iceland’s stunning performance in June’s European championship and its steady progress in the 2018 World Cup qualifiers—it handed Turkey a defeat on Sunday—has positioned it as the underdog that everyone loves. Not only has it made Iceland a darling of a global soccer-crazy public, it has boosted the country’s bottom line. Icelanders from the country’s president to its foremost writers and businessmen celebrate the impact soccer has had on their ability to do business.

“I was in Brazil for the Paralympics [in September] and every Brazilian I met said: ‘Iceland did well in football.’ Iceland now exists in Brazil, as it were. It will be the same in other countries. Iceland has really made itself known through football and that will help the country in many ways,” the country’s president, Guoni Thorlacius Johannesson, told The Guardian.

“I was in America to promote my books in September and everyone you meet has been to Iceland, wants to go to Iceland, or their friends have just been there. It’s worldwide. The football team has really put Iceland into focus again,” added Icelandic crime writer Ragnar Jonasson, whose books have been translated into 15 languages and have skyrocketed in France in recent months.

Ua Matthiasdottir, rights director at Forlagio, Iceland’s largest publishing house, echoed Mr. Jonasson’s experience, saying soccer had made it easier for him to forge links to publishers in other countries. “It makes it easier when people know your country actually does exist, and football certainly helped,” the British paper quoted him as saying.

Exports of Icelandic products ranging from literature to yoghurt and frozen food have boomed in the wake of Iceland’s soccer success, as has tourism and finance. Dairy producer MS Dairies has enlisted the country’s foremost player, Eiour Guojohnsen, as its ambassador. Increased passenger traffic has prompted privately-held Icelandic airline, Wow Air, to order three new aircrafts.

Qatar’s soccer team too has been performing exceptionally well, raising hopes that it could qualify for the first time for the World Cup finals. The country’s state-owned airline, Qatar Airways, has been continuously expanding its already significant fleet and destination network. None of this has impacted the country’s continued reputational issues.

The bottom line is that soccer’s potential as a tool of public diplomacy and soccer is considerable. It takes, however, more than success on the pitch and money to harness its power. It takes a mix of policies that address both domestic and foreign concerns, an efficient public relations and communications policy, and a measure of transparency and accountability.

To be fair the issues for Iceland are easier. Unlike Qatar, it is not struggling with a demography in which the citizenry accounts for a small minority of the overall population that forces the government to walk a delicate tightrope between domestic and foreign concerns. And Iceland does not have the kind of rights issues Qatar is dealing with.

Nonetheless, the comparison between two nations in which soccer has become a key element of their public diplomacy, suggests that Qatar could benefit from taking a close look at Iceland’s successful exploitation of the sport. Invariably, Qatar’s issues are complex and not resolved with a stroke of a pen. There are however policies and communication strategies it could adopt which could significantly increase its return on investment in the world’s most popular game.

Dr. James M. Dorsey is a senior fellow at the S. Rajaratnam School of International Studies, co-director of the University of Würzburg’s Institute for Fan Culture, and the author of The Turbulent World of Middle East Soccer blog, a recently published bookwith the same title, and also just published Comparative Political Transitions between Southeast Asia and the Middle East and North Africa, co-authored with Dr. Teresita Cruz-Del Rosario.

Advisory Council rejects labour reform as Qatar stiffens its back

Departure of AFC General Secretary: Business as usual in a swamp of corruption allegations