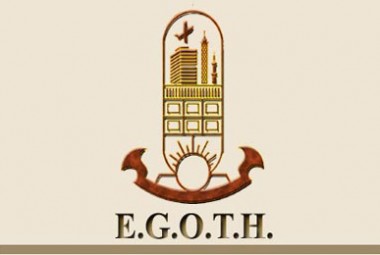 The Egyptian General Company for Tourism and Hotels (EGOTH), a Ministry of Public Sector Affairs company, plans to open the Mena Garden building in Mena House Hotel by the Great Pyramids at the end of October after developing it at a cost of EGP 45m.

Progate for integrated property solutions, a real estate developer that holds the development work of Mena House Hotel, has completed the development of the Mena Garden building, according to chairperson of the Holding Company for Tourism Mervat Hatabah. The building consists of 456 rooms in the initial hotel with an additional extension to provide another 36.

Hatabah told Daily News Egypt that Progate will start developing Mena House palace at the beginning 2017. Their plan includes the development of 97 rooms with an investment cost of about EGP 250m.

Marriott International had previously signed a contract with EGOTH in July 2015 to manage Mena House Hotel for 15 years.

According to the terms of the contract, EGOTH will acquire profit shares of 90% while Marriott International will acquire 10%.

Oberoi Hotels and Resorts had previously managed Mena House Hotel until 2012, followed by EGOTH which now through negotiation has assigned the management to Marriott after choosing the company from among nine international companies that applied for its management.

The total capacity of the hotel amounts to 456 rooms and suites. The Mena House Hotel has seen expansions in the beginning of 2016 to increase the hotel’s capacity adding Suites A as an extension to the palace with a capacity of 36 rooms and an investment cost of EGP 60m.

Investment opportunities to be presented at Dubai’s AHIC: EGOTH Chairman

EGOTH targets revenues at EGP 120 in next FY