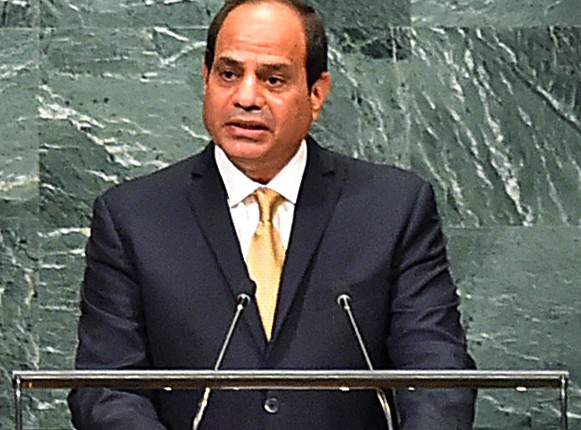 President Abdel Fattah Al-Sisi asserted on Thursday his keenness on relations with Gulf countries, stating that Egypt’s vote on the Russian-backed draft resolution in the UN was independent, in compliance with Egypt’s strategies.

According to state-owned media Al-Ahram, Al-Sisi said during a seminar on the occasion of the national celebrations for 6 October: “Our decision is independent and we will not submit to anyone but God.”

The vote sparked what appeared to be tension between Saudi Arabia and Egypt on an unofficial level across media platforms. The tension with Saudi Arabia quickly gained attention, given the strong ties between the two countries and heavy financial support from Gulf countries, mainly Saudi Arabia, to Egypt.

The Egyptian Ministry of Petroleum said that this halt would be temporary and restricted to October. Despite officials’ denial of ongoing tensions, the two incidents were largely believed to be among the repercussions of the UN session.

On another level, Al-Sisi said that “Egypt is not conspiring against Ethiopia or supporting the Ethiopian opposition.” Al-Sisi said he was responding to “rumours” claiming that Egypt is supporting the opposition in Ethiopia, saying that his message to Ethiopians was always about moving forward and cooperating on the Nile water issue.

Tensions with Ethiopia, initially stemming from the latter’s construction of the Renaissance Dam, escalated in the past week. Egyptian ambassador to Ethiopia Abou Bakr Hefny met late last week with Ethiopia’s state minister of the Ministry of Foreign Affairs to discuss the situation of the Oromo people, an ethnic majority group, in Ethiopia and Egypt’s stance towards them.

The Egyptian Foreign Ministry released a statement on Sunday in which its spokesperson Ahmed Abou Zeid said that Hefny stated during the meeting that Egypt doesn’t intervene in the internal affairs of other countries.